Celebrate Canada? Not yet. 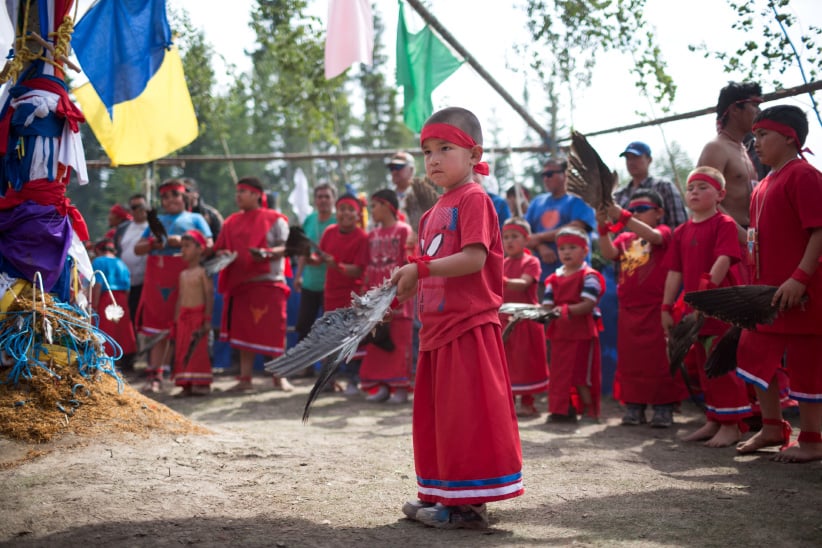 When I was growing up on the Standing Buffalo Dakota Nation, Canada Day meant one thing: the beginning of the wacipi (“pow-wow”) season. It was the best time of the year, because school was over and my family would spend much of the next two months travelling, dancing, camping, meeting old friends and—best of all—hearing the new songs that had kept the composers in the well-known drum groups busy over the long winter months. For me, July 1 marked the beginning of the time to connect with who I was: a proud bearer of my Dakota/Lakota heritage.

I fondly remember what the date symbolized, but my life experience as an Indigenous person on these lands has left me today with very different thoughts about it. As I got older, continued my formal education and became privy to the stories about the experiences of my older relatives that were starting to be told, I could feel my innocence and naïveté slowly turn to anger and spite. Learning the true historical foundation upon which “Canada” was created was not something I wanted. Yet it explained so much of the dysfunction I saw when I looked in the mirror or around my community. I never attended an Indian residential school, but I experienced their ripple effects during my upbringing, along with the blatant acts of racism that continued long after the schools were closed. I’m working to ensure those effects cease with me, in my generation as a parent. But this is not the reality for others. Sadly, the acts of racism go on, exacerbated in my view by the inception of social media.

To travel beyond Canada’s borders was to leave the racism I experienced in this country behind. In my early 20s, I had an opportunity to go to Europe as part of a dance troupe showcasing the Indigenous cultures of Saskatchewan. In Estonia, our group was surrounded by people who loved the fact we were Indigenous, who treated us like royalty. I’d never been held in such high regard in my own country. It was surreal.

Then, in my later 20s, I lived in Seoul, teaching English as a second language and surrounded by people keen to converse. When Koreans asked what life was like for Indigenous people in Canada, “Cordial Stephanie” would stifle her anger and minimize the struggles she knew Indigenous people faced over decades of colonial domination, coercion and denial of basic human rights. “Furious Stephanie” wanted to tell it like it was—to bluntly state that, as an Indigenous person, she’s been treated like a thorn in the side of those who perceived themselves to be in positions of power over her. But “Furious Stephanie” did not manifest much back then. When travelling abroad, one tries not to alienate oneself.

I returned to Canada to find nothing had changed in the treatment of Indigenous people; racism didn’t seem to be leaving the country any time soon. So I decided to do something. I had an innate desire to assist Indigenous people however I could, and the study of law led to the discovery of what is now my passion: advocacy.

Whether through my work as a criminal defence lawyer, or as claimant counsel in the Indian Residential School Settlement Agreement process, I’ve experienced no greater honour than being asked to speak on behalf of another. Oppression is a despicable thing that has affected Indigenous people in so many distinct yet similar ways. I feel privileged to help promote awareness and facilitate healthy discussions so others can understand these effects.

In my experience, rage as a result of unresolved trauma has been fuel for addiction, family violence, mental health issues, homelessness, poverty and despair. I’ve also witnessed extreme cases of entitlement, lateral violence and bullying in Indigenous communities. We should be clear. These behaviours come from somewhere. In my opinion, they stem from this country’s historical regimes of oppression and forced dependency, which has led to the near-loss of language, culture and identity of its Indigenous people. The cycles of dysfunction and the racism have to stop. Until they do—until everyone comes to terms with the level of truth and reconciliation required to properly address them—I am hesitant to celebrate anything.

Don’t get me wrong, I don’t reside in Bitterville, wishing come July 1 for a ban on all things celebratory. I recognize that there is good out there, and that others work tirelessly to create it. But I want to—need to—see more. Not for my benefit, but for that of my five-year-old son and all his little friends and relatives. He is the sole reason I agreed to pen this piece. My hope is that he grows to be a happy, strong, proud and revered Indigenous man, without the scars of oppression and racism that have been left on his people. I hope, too, that if he reads this some day, there will be something by then for all to celebrate.

Stephanie Whitecloud-Brass is a lawyer living in Yellowknife.