Cheers over discovery of HMS Terror turn to finger-pointing 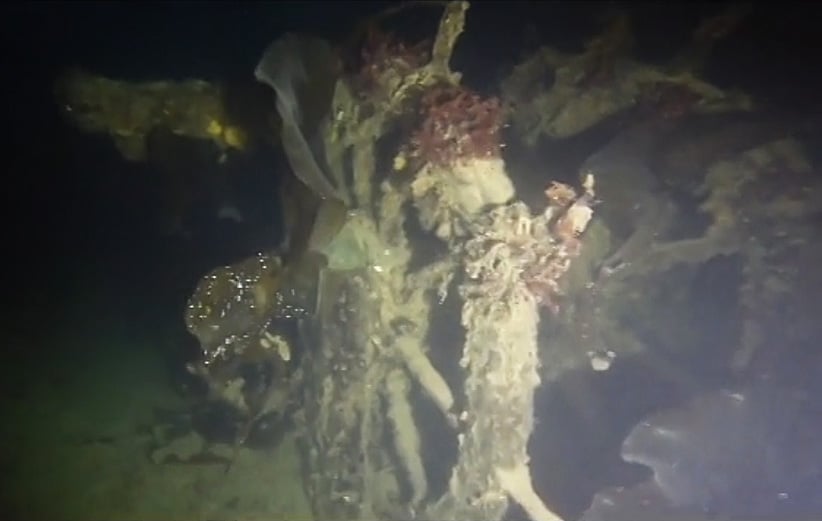 OTTAWA – Nunavut officials are questioning whether researchers who found HMS Terror had proper authorization to search for the doomed Franklin Expedition ship, prompting the explorers to wonder if there’s an effort to discredit them.

Will McDowell, a lawyer for the non-profit Arctic Research Foundation, says the Nunavut Justice Department is investigating whether the foundation had the necessary permits to operate in the Queen Maud Gulf the day the shipwreck was found.

The foundation — a member of a multi-party team that searched for the vessel — says its researchers believed they had the required licence and permits and that any change to the scope of permission was made without the foundation’s knowledge.

MORE: How HMS Terror was found

In an Oct. 4 letter to the Nunavut Department of Culture and Heritage, the foundation’s legal counsel say the research organization has been left to conclude there may be an agenda focused on discrediting the foundation, “its people and its work.”

The Culture Department’s spokesman on the matter did not respond to a request for comment Wednesday.

Terror, one of two British navy vessels sent on Sir John Franklin’s 1845 expedition to find the Northwest Passage, was discovered early last month off the coast of King William Island.

On Sept. 3, Sammy Kogvik, an Inuk and Canadian Ranger, told the crew of the research vessel Martin Bergmann a tantalizing story: several years earlier he had come across what appeared to be the mast of a ship poking through the ice.

The research ship made its way to the location and discovered a wreck using sonar.

The Arctic Research Foundation says it was operating under both a scientific licence issued by the Nunavut Research Institute as well as any permits issued to Parks Canada under the Nunavut Archaeological and Paleontological Sites Regulations.

For years, permits under the regulations allowed work by the foundation in the Queen Maud Gulf and if the ambit was narrowed in 2016, such a change was unknown to the foundation, the letter from the foundation’s law firm says.

It acknowledges the foundation’s “relationship with Parks Canada is strained and not functioning like it did in prior years.”

Parks Canada said recently the discovery of Terror was made possible by a long-term partnership with northern communities, the Kitikmeot Inuit Association, the Nunavut government, the Canadian Coast Guard, the Royal Canadian Navy, the Canadian Hydrographic Service, Environment and Climate Change Canada and many other government, private and non-profit partners, including the Arctic Research Foundation.

The partners also worked together in successfully locating HMS Erebus, the other Franklin vessel, two years ago.

“The ships have now been found,” says the letter from the foundation’s law firm. “Unfortunately, rather than this being treated as fantastic news for all partners, celebrated and shared by all, the discovery of the wreck of the HMS Terror has been tainted by negative, and unfounded statements made in respect of ARF.

“To be frank, inexplicably, certain persons and entities appear predisposed to find that ARF has acted improperly.”

Neither Parks Canada nor Caitlin Workman, a spokeswoman for Environment Minister Catherine McKenna, responded to requests for comment.

“I do think that it will all get sorted out,” McDowell said.

“There needs to be an overhaul of the way the protocols fit together between Nunavut and Parks Canada and many of Parks Canada’s private-sector partners.”