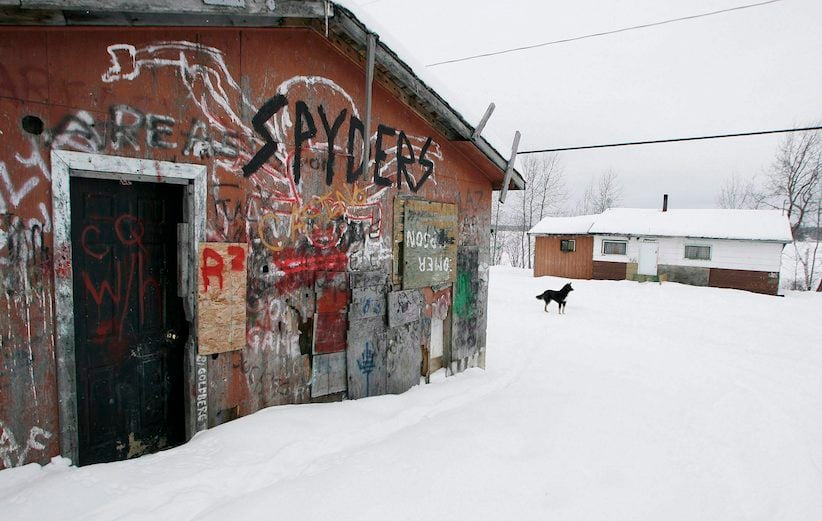 An abandoned house is shown on the Pikangikum First Nation (File photo, CP).

A First Nations chief says the deaths of nine people in a house fire on a remote northern Ontario reserve should spur the federal government to improve what he says are third-world conditions on dozens of reserves across the country.

“We can’t let these people die in vain,” said regional Chief Isadore Day with the Chiefs of Ontario.

“There should be a direct and immediate response to this situation. This is typical across all First Nations that are living in third-world conditions.”

A fundraising page established by a community member identified the dead as Gilbert and Annette Strang, their daughter Faith, Faith’s husband, Dietrich Peters, and the younger couple’s three children — Ireland, 4, Aubree, 2, and Amber, who was just eight months old.

The Strang’s son Gilbert and his wife, Sylvia Peters, also died in the blaze, it said.

Previous inquests into similar tragedies have highlighted the challenges facing remote northern reserves such as Pikangikum.

Homes are dilapidated, not built to comply with any modern code, and often don’t have running water, let alone a smoke detector. There are often several generations of families sharing a tiny bungalow, heightening the potential toll fires can take when they break out.

“Most homes are simply a death trap,” Day said.

When fires erupt, they spread quickly and communities are often woefully unprepared to respond. Many don’t have fire trucks and rely on water trucks which provide the same kind of pressure as a garden hose. If a community is lucky enough to have a fire truck, both inquests and internal government reports have found, there are often not enough trained volunteers to operate it properly.

In Pikangikum, Day said more than 90 per cent of homes don’t have running water.

“Is there going to be a fire hydrant outside? No, there isn’t.”

An internal federal government report examining insurance coverage for First Nations communities, obtained by The Canadian Press through Access to Information legislation, found almost half the First Nations across Canada have “little to no fire protection” and rely too heavily on poorly trained volunteer firefighters who can’t do the job.

The 2011 report found fire incidence rates for First Nations are 2.4 times higher than for the rest of Canada. First Nations residents are also 10 times more likely to die in a house fire than someone living off reserve.

“It needs political will,” he said. “What we need out of this tragedy is a message that the days of leaving the safety of children to chance are over.”