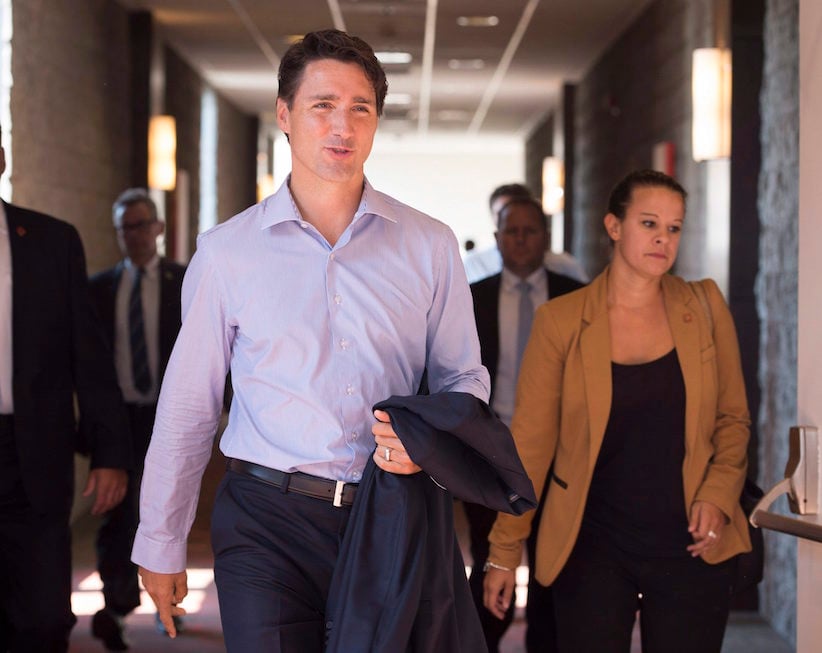 OTTAWA – With Prime Minister Justin Trudeau set to embark on his first official visit to China, the Chinese government is trying to ease concerns about its human rights record as a way to encourage a deeper business relationship with Canada.

For both sides, the expectations around Trudeau’s week-long trip are high.

Trudeau, who leaves for China on Monday, will focus on building the economic connection between the two countries. On Friday, he described the trip as something of a “reset” in the relationship.

The prime minister, however, has also vowed to continue Canada’s practice of voicing its concerns at the highest levels of the Chinese leadership over the country’s record on human rights, democracy and governance.

While China has championed the need for the two countries to pursue a free-trade deal, the Trudeau government has taken a more-cautious approach amid public worries over human rights.

Ahead of Trudeau’s visit, the Chinese government made an attempt to calm those fears.

Ambassador Luo Zhaohui raised the matter of human rights himself last week during an interview at the Chinese Embassy in Ottawa.

“(In) China, we’ve got a long way to go to improve the human rights situation, but at the same time we have also made a lot of progress in the past many years.”

The Chinese government has had renewed optimism — and “high expectations”— about its relationship with Canada, particularly since Trudeau’s Liberals came to power, Luo said.

Through 10 years of working with the Conservative government, he said Canada-China relations made some progress, but noted that sometimes the “pace and priorities” were “quite different.”

Canada’s relationship with China under the Harper government was at times inconsistent, many experts say. Historically, Luo acknowledged China has had warmer connections with Canada’s Liberal-led governments.

He said China viewed the Jean Chretien era as the “golden years” in its business dealings with Canada.

The country, Luo added, also hasn’t forgotten how Trudeau’s father, Pierre Trudeau, was among the first western leaders to recognize “new China” when he established diplomatic ties in 1970.

“This is so important,” he said, describing China’s expectations for the younger Trudeau’s visit, which will include meetings with Chinese President Xi Jinping and Premier Li Keqiang.

“Within a very short time the two countries (will) exchange high-level visits — that’s quite unusual and it really shows … we attach great importance for these bilateral relations.”

Trudeau’s itinerary will be packed with business-related meetings as well as the G20 leaders’ summit. Between Aug. 30 and Sept. 7, he will make stops in Beijing, Shanghai, Hangzhou and Hong Kong.

Trudeau will strive for a closer, longer-term bond with China as a way to unlock untapped potential in the countries’ commercial ties — with hope of creating new opportunities for Canadian businesses, the official added.

But as Trudeau tries to create a fresh tone with China, he will have to navigate several ongoing irritants.

In his meetings with Xi and Li, Trudeau is expected to discuss a dispute over Chinese rule changes that could affect Canada’s multibillion-dollar canola exports.

Trudeau has also indicated he will once again raise the issue of jailed Canadian Kevin Garratt, who was arrested in China two years ago for espionage. The prime minister has said there’s no evidence to support the allegations.

Last month, Canada also weighed in on the South China Sea dispute by delivering a thinly veiled call to China to abide by an international ruling that has angered Beijing.

Balancing such issues is sure to complicate Trudeau’s goal of making inroads.

Trudeau and many business leaders argue that Canada has much to gain from closer economic ties with a rapidly growing economy and middle class in China, which is already Canada’s second-largest trading partner.

But economists like Jim Stanford warn Canada should be careful when it comes to opening up new trade channels with China — because it could make the existing relationship even more lopsided.

Stanford, now an adviser to the Unifor auto-sector union, pointed to Canada’s “enormous” $45 billion trade deficit with China last year — a shortfall that ballooned from about $190 million in 1992, according to Statistics Canada. That means Canada imports far more from China than it sells there.

China is viewed as one of the world’s most-important growing markets, but Canada is largely invisible in it, he added.

The prime minister will also visit a high school with former NBA basketball player Yao Ming; take a boat cruise to highlight tourism opportunities in Canada; visit to the Great Wall of China; and pay tribute to Canadian soldiers who defended Hong Kong during the Second World War.