Justin Trudeau on Li's trip: 'Together, we will build on the progress made during my visit to China' 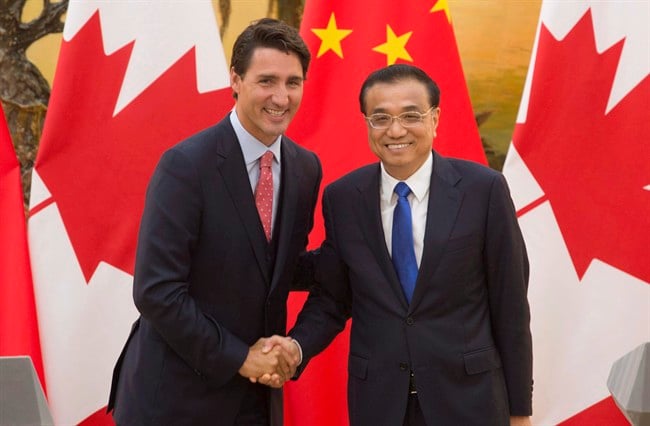 The Prime Minister’s Office says the two leaders will meet in an effort to strengthen the relationship between the two countries.

While in Ottawa, Premier Li will meet Trudeau and other senior officials to pursue a stronger, more stable relationship between Canada and China, the PMO says.

Topics of discussion include trade and investment, environmental co-operation, legal and judicial collaboration and cultural exchanges.

Li will also travel to Montreal for meetings with senior political leaders, leading businesspeople and members of the Chinese-Canadian community.

Trudeau said he is pleased to welcome Li.

“Together, we will build on the progress made during my visit to China, deepening understanding between our two countries, and working on growing our economies and strengthening the middle class.”

China is Canada’s second-largest single-country trading partner and two-way merchandise trade between the two countries reached nearly $85.8 billion in 2015, up 10.1 per cent over 2014.