On the iBooks Top 10: A behind-the-scenes look at the man and his mission 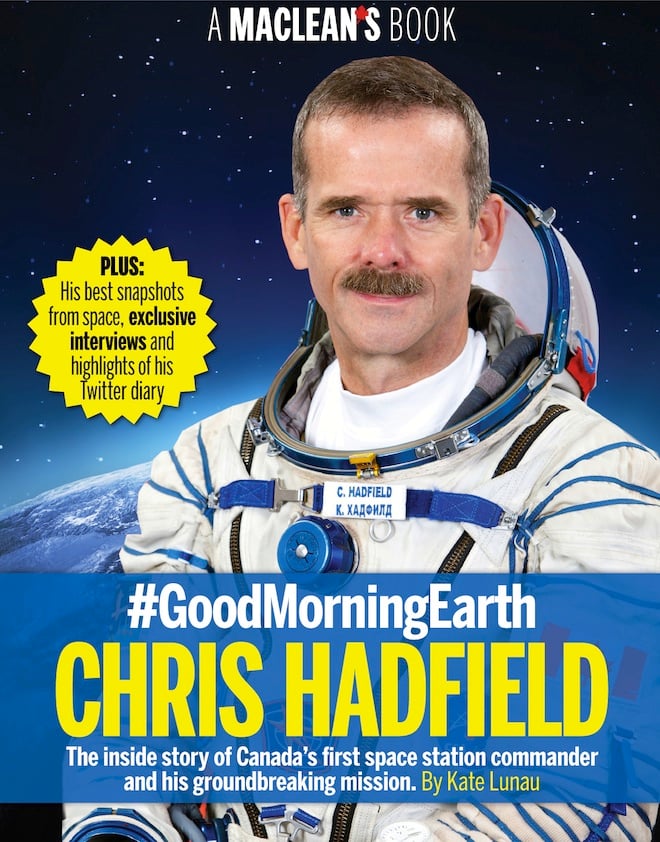 Astronaut Chris Hadfield is back on Earth after five months in space.

The first Canadian ever to command the International Space Station (ISS), Hadfield has opened a window into life in space as never before, inspiring millions to closely follow his mission. Maclean’s marks his return with a new ebook that gives an exclusive, behind-the-scenes look into Hadfield’s mission.

Since launching aboard a Russian Soyuz spacecraft on Dec. 19, and even before then, Hadfield has been an enthusiastic Twitter user (his followers number 913,000 and counting). And yet his responsibilities stretched far beyond the songs, videos, photos and messages he shared from space. He and his crew have performed more than 130 science experiments on this mission. Crewmates Tom Marshburn and Chris Cassidy completed a five-hour spacewalk to fix a dramatic ammonia leak aboard the ISS, with Hadfield as their spacewalk choreographer. In one week, the crew finished a whopping 71 hours of research, setting a new record for the Station.

In September, Maclean’s reporter Kate Lunau travelled to NASA’s Johnson Space Center to shadow Hadfield. She was the only Canadian print reporter to attend, and watched Hadfield, Marshburn, and Russian cosmonaut Roman Romanenko as they trained for what would become the mission of a lifetime.

For the first time, Chris Hadfield: #GoodMorningEarth brings together her reporting and never-before-seen photos from NASA, as well as Hadfield’s Twitter diary, photos, and more.

“By using the technology that’s available now, we can really make this experience alive, in real time,” Hadfield told Maclean’s earlier this year, from the ISS.

“When I look out the window and see something magnificent go by, I can immediately broadcast it, and people can ride along with me.”

Chris Hadfield: #GoodMorningEarth shows just what an incredible ride it has been.

You’ll find it on Apple, Amazon and Kobo.