Civilian review of Ontario police: 'A perfect storm for reform' 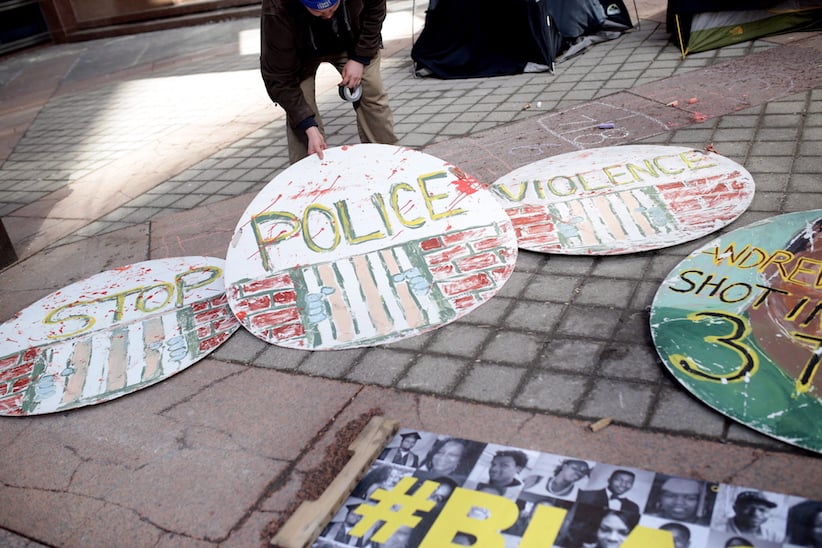 TORONTO — A far-reaching review of civilian oversight of police in Ontario kicks off a series of public consultations on Wednesday as critics of the status quo call for sweeping reforms.

Led by Justice Michael Tulloch, the review has a broad mandate to recommend ways to enhance oversight accountability and transparency, long an emotional bone of contention.

The clamour for change should work to Tulloch’s advantage in forging a report the government will feel compelled to act on, Andre Marin, former Ontario ombudsman, said Tuesday.

“You have Black Lives Matter, you’ve got a public that’s very cynical of the police,” Marin said. “It’s really a perfect storm for reform and I’ve got my hopes up very high.”

Wednesday’s webcast forum in north Toronto will be the first of 18 currently scheduled for across the province. Tulloch, who is to report to the attorney general by March 31, 2017, will introduce the review — its budget has yet to be disclosed — followed by hour-long discussion tables that will report back to him with suggestions.

The panel, which has already met privately with interested parties such as police representatives and families of victims, is also soliciting written input.

Danielle Robitaille, lead co-counsel, said she was confident the panel will succeed where others have failed because the review is designed to be driven by community needs and expectations. While views may be charged and polarized, Robitaille said Tulloch has the experience to battle his way through them.

“What the community needs at this point in history is an authoritative view on where do we go from here,” Robitaille said.

Marin, who produced two reports on oversight which he said were thwarted by police opposition, warned Tulloch against trying to seek a watered-down compromise or consensus.

“Police resent oversight — they’d just like to see it disappear,” Marin said. “So what he needs to do is just forge ahead and come up with the best public policy there is.”

Currently, three different bodies are responsible for civilian oversight of police in Ontario:

— The Office of the Independent Police Review Director, established in 2007, deals with public complaints about police;

The Special Investigations Unit — Marin was once its director — has come in for fierce criticism from those who argue it is too secretive and lacks the teeth or will to deal with officers who resort to violence then thwart a proper investigation. Police have slammed the unit as having second-rate investigators working with a fuzzy mandate.

Among other things, Tulloch will look at whether the agency should release more information, including the names of officers, witnesses and victims involved in an incident.

Another controversial area is the staffing of the unit — mostly former police officers. Critics argue that creates an inherent pro-police bias. Proponents says the expertise of ex-cops is invaluable. Tulloch will also look at whether the bodies should collect race and other demographic data.

Tulloch, the first black justice on Ontario’s Court of Appeal, will not delve into individual cases but wants to hear about personal experiences to enhance his understanding of the issues.

Pamela Grant, an adviser to Tulloch who will facilitate the public forums, said it’s crucial that those dissatisfied with police oversight are heard.

“The interests are entrenched on all sides,” Grant said. “For many of the communities involved, this is not the first time around, so it’s important that we are very conscious of that.”

Before the government announced the review in April, the group Black Lives Matter camped outside Toronto police headquarters after the investigations unit concluded an officer it refused to name was justified in shooting Andrew Loku, a man with mental illness.