Colin Mochrie on living below the poverty line for a week

Canadian comedian Colin Mochrie describes what it was like taking the 2015 Live Below The Line challenge, living on $1.75 per day 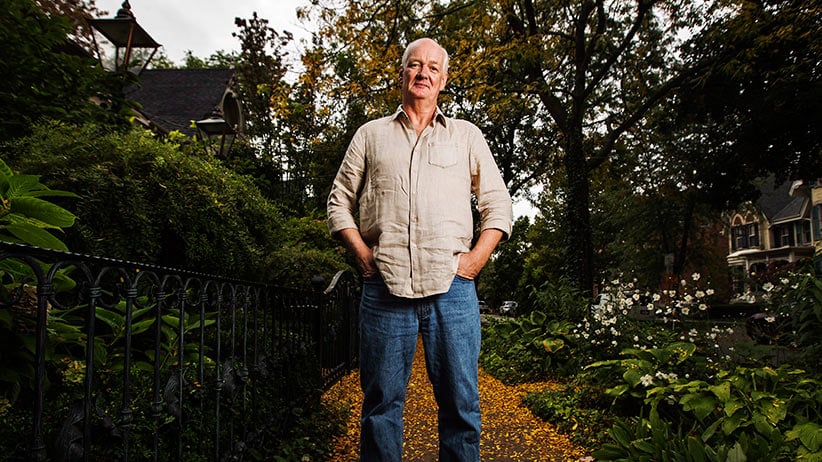 Actor Colin Mochrie poses for a portrait to promote his new book, Not Quite the Classics, in Toronto on Oct. 7, 2013 (Mark Blinch/CP)

The United Nations recently adopted the Sustainable Development Goals, which aim to end poverty in all its forms everywhere by 2030. Colin Mochrie, comedian and cast member on the improvisation show Whose Line Is it Anyway?, took the 2015 Live Below the Line challenge.

Launched in 2010 by the Global Poverty Project, the challenge is an annual five-day event in which participants must get by on $1.75 per day. In April, 750 Canadians took the challenge, raising about $235,000 for various charities.

Maclean’s asked Mochrie about his time living below the poverty line.

Q: Why did you take the challenge?

I was approached by (actor and comedian) Ennis Esmer, who’s been doing it for years. We have no idea what it’s like to starve on a daily basis, but it gives a small glimpse. We operate in our little bubbles. My thing is to always try to put myself in another person’s shoes. There are billions of people without food, and we never do anything about it. We should think about it a little more often.

Q: What were the biggest changes you made?

A: I had to plan out all the meals ahead of time. Usually I shop from day-to-day, but, at the beginning of the week, I took $8.75 for the five days and went to the Bulk Barn and measured it all carefully to make sure I wasn’t cheating. And usually, I like my glass of wine with dinner, but it’s hard to find a good wine for 50 cents. They just don’t make them anymore. Other than the food, I’m not a big spender anyway; I don’t know if it’s my Scottish background that makes me cheap. I still worked out and walked the dogs a lot. I have almost a hermit existence when I’m not working. I like to spend time at home, see my son, every once in a while go out with friends.

Q: What did you eat?

A: A lot of leftovers. For breakfast, I had oatmeal all five days. Lunch and dinner were a quinoa mixture with beans and vegetables. I managed to make a quesadilla at one point. That was good. There was certainly a lot of food, and I was very full. I actually ate a lot healthier, and it made me a lot more aware of what I was putting in my body. The portions were closer to what we should be eating. And I drank lots of water; I certainly upped my water intake by 200 per cent. Again, very good for me.

Q: Did your wife and son take part?

A: No, my son had moved out prior—coincidence, I’m sure. My wife is hyperglycaemic, so she needs to eat certain foods. I’m the cook in the family, so I’d be cooking her a lovely meal—various pastas, pesto chicken with a lot of vegetables and a glass of wine—and there I’d be with my quinoa every day. I actually made her eat a little more healthily—out of spite, I guess.

A: In the vaguest sense, I know about the Millennium Development Goals, but I haven’t heard of the newer goals. I don’t want to get all lefty, but if we took the defence budgets from around the world, we could end hunger everywhere. I would hope that all the world’s leaders are thinking about poverty. Get to work. Do something. This is something that’s going to be with us forever.

Q: Do comedians have a special role to play in making people think about poverty?

A: The comedy community is fairly supportive of human beings in general. There are some things you can teach with comedy that people can’t learn by being hit over the head with facts. I think, as comedians, we’re trying to change the world. It’s slow, but sure.

Q: Will you do the challenge next year?

A: Absolutely. I realized it’s probably better if you do it as a group, because you have more money collectively and can have more variety. I’m going to work on some people. I know some people who are high-minded, so it’s time for them to put their stomachs where their mouths are.