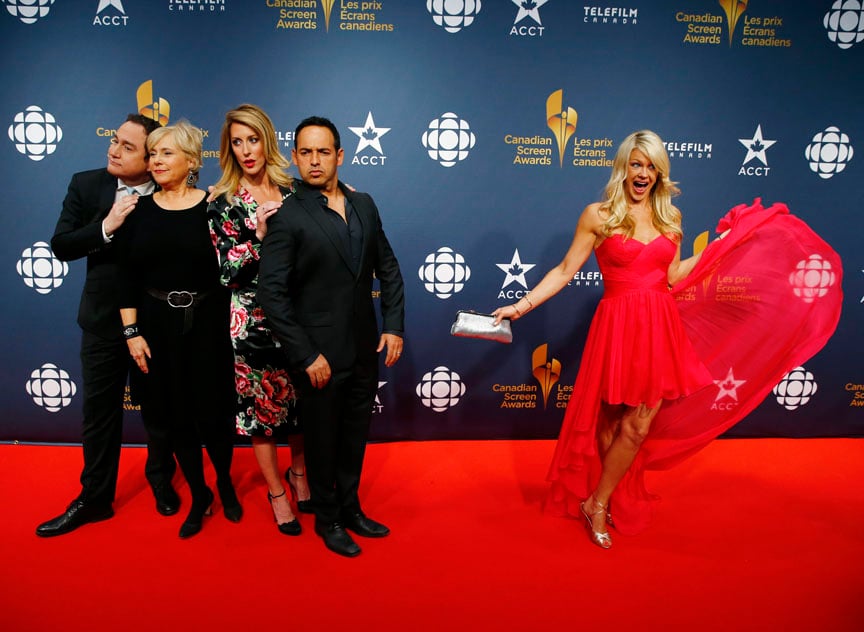 Comedian Mark Critch has removed a photo mocking former prime minister Stephen Harper from his Instagram account following a barrage of tweets from a Conservative MP that included obscenities.

Calgary MP Michelle Rempel posted on Twitter that she has since apologized to Critch “that he got flamed,” and she says that he, too, told her he was sorry.

The photo showed Critch inside what appeared to be a closet on Parliament Hill in an apparent parody of Harper’s decision to shelter in a closet when Michael Zehaf Bibeau stormed the Parliament Buildings in Oct., 2014.

The star of CBC’s “This Hour Has 22 Minutes” appeared to be clutching himself in fear, and the caption read, “Stephen Harper has stepped down. Here I am in his closet.”

Rempel was in the caucus room with Harper when the shots rang out, and she told Critch on Twitter that she hoped he never suffers from panic attacks in movies with gunshots in them, or has to wonder if colleagues are alive or dead.

Critch told the CBC that he has spoken to Rempel and that things are “all good now.”

“Michelle and I had a good conversation. She wrote me an apology for flaming out and I deleted the picture. No hard feelings on either side,” Critch said in a statement to CBC.

Neither Rempel nor Critch could be immediately reached for comment.

In her tweets responding to the photo, Rempel accused Critch of “triggering” her.

“I don’t really have words to describe my disgust at this post of yours,” she began.

“May you never have to choose between running for your life or trying to protect your friends from the unknown,” she continued.

“What you posted isn’t satire or comedy.”

The photo and Rempel’s reaction late Friday triggered a flood of debate on social media that continued through Sunday afternoon. Some people accused Critch of showing poor taste while others criticized Rempel for over reacting.

FILED UNDER: Mark Critch Michelle Rempel This Hour Has 22 Minutes