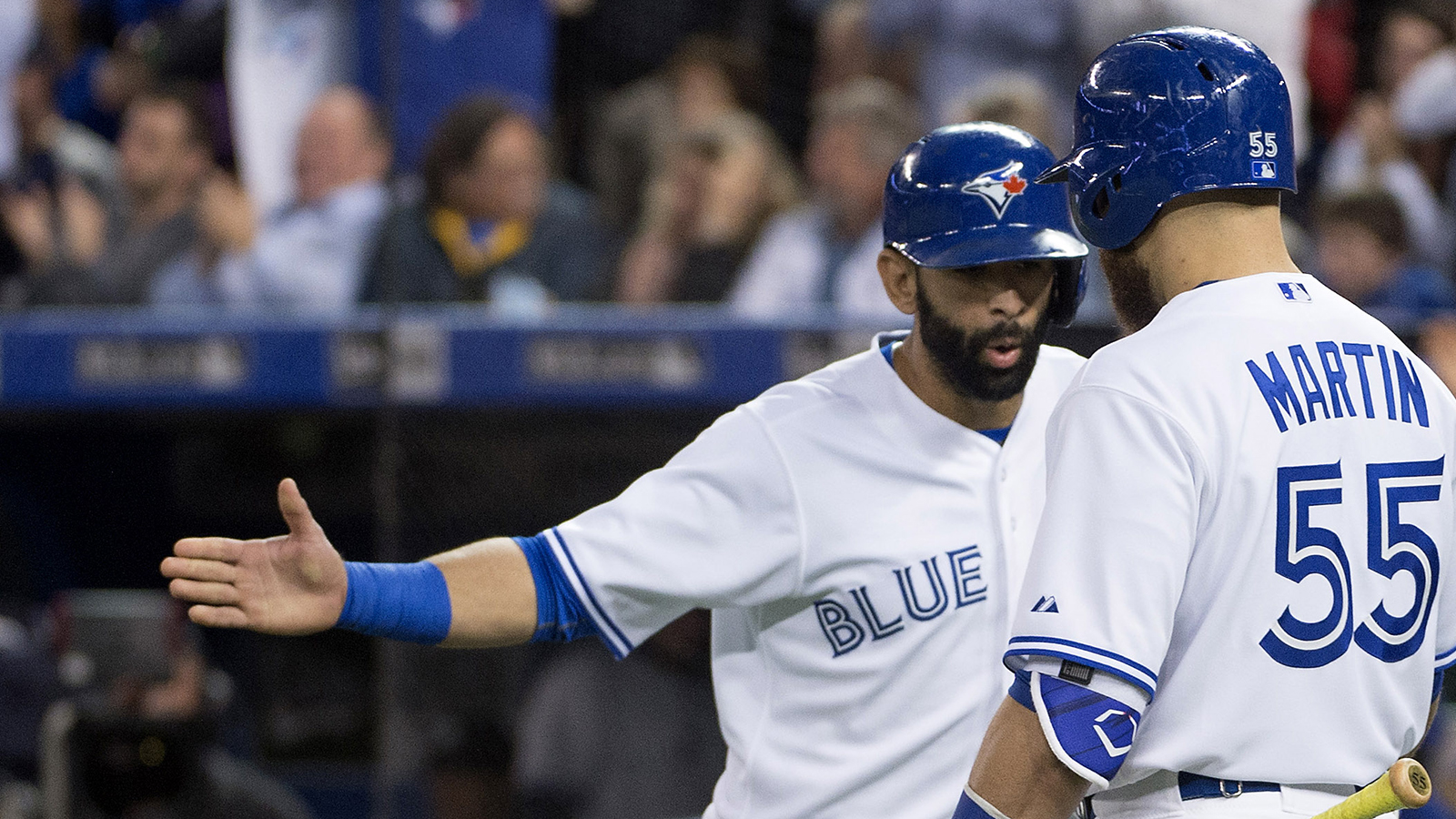 TORONTO — The Toronto Blue Jays’ return to the post-season after a 22-year absence came without fanfare.

No matter to the Jays, who learned Saturday morning they were indeed playoff-bound. In their minds, there is more work to do so it was perhaps fitting that the celebrations will wait.

News of a wild-card berth secured came in the middle of the night courtesy of baseball number-crunchers via social media. The Jays and Major League Baseball, believing one last magic number had to fall, were awaiting developments in Saturday play.

It turned out that given the remaining schedules of the Rangers, Astros and Angels, the Jays had clinched a wild-card no matter what.

Toronto manager John Gibbons only found out upon his arrival at the ball park Saturday.

“Everybody’s gratified,” he said. “It’s been so long and the guys have played great. They really turned it on the last two months. So it’s a good feeling. But we’re trying for much more than that.”

The Jays, 88-65 going into Saturday’s game against Tampa, want to win the American League East and finish with the AL’s best record to secure home-field advantage.

“It’s nice to know that we’re in the playoffs for sure. That’s great. But our goal is to win every game, until it’s over,” said Toronto catcher Russell Martin.

The Jays juggernaut has been aimed at the playoffs for some time now.

The return of pitcher Marcus Stroman from knee surgery has been inspirational while young closer Roberto Osuna has been a revelation.

Role players have also stepped up, allowing the Jays to win by long ball or small ball.

Still at least one Toronto player wasn’t counting his chickens yet, even though the math is iron-clad. Bautista wants the games to play out — in his mind, he may have the cheque in hand but it has yet to clear the bank.

Martin only learned of the wild-card berth mid-interview two hours before the first pitch Saturday.

“I really don’t know what to say but I feel like we still have work to do,” he said. “It doesn’t change the way I feel right now.”

Martin said making the playoffs was no surprise, despite the way it happened.

“It’s definitely nice to solidify that playoff berth but we all know that we were going to make the playoffs. It was just a matter of time. So that’s why there’s really not that much excitement, I feel like, this morning.”

Indeed, the clubhouse was no different than any other pre-game.

The Jays and presumably most of their fans went to bed Friday night thinking there was one more hurdle to cross before returning to the post-season for the first time since winning a second straight World Series in 1993.

Toronto came into Friday night’s game needing a win over Tampa combined with losses by the Twins and Angels to secure a wild-card berth.

The Jays won, the Twins lost but the Angels beat Seattle.

It seemed like it was ‘To be continued. ” But it turns out only two of the Rangers, Astros and Angels can finish at 88-74 — the record the Blue Jays would finish at if they lost all nine of their remaining games — because of the trio’s head-to-head games with one another.

One would win the AL West after a tiebreaker, while the other would claim a wild card along with the Blue Jays or Yankees.

As of Saturday morning, the Jays’ Twitter feed was still waiting for the other shoe to drop.

“With a win today, we will officially clinch a 2015 playoff berth!” the club tweeted.

MLB.com at first said the Jays were “on cusp” of the playoffs along with the Mets and Dodgers. “Each can secure a place in the post-season today.” But it changed its headline to “Jays in” shortly after.

The Jays also finally got on board, tweeting: “Playoff bound! The Blue Jays are heading to the post-season.”

“I bet you could find somebody else that doesn’t know,” Martin said of the clubhouse. “I guarantee you someone doesn’t know that we’ve clinched.”