"We can't take people's hope away," the Quebec premier said Saturday, "but people must be presented with a real picture of the situation." 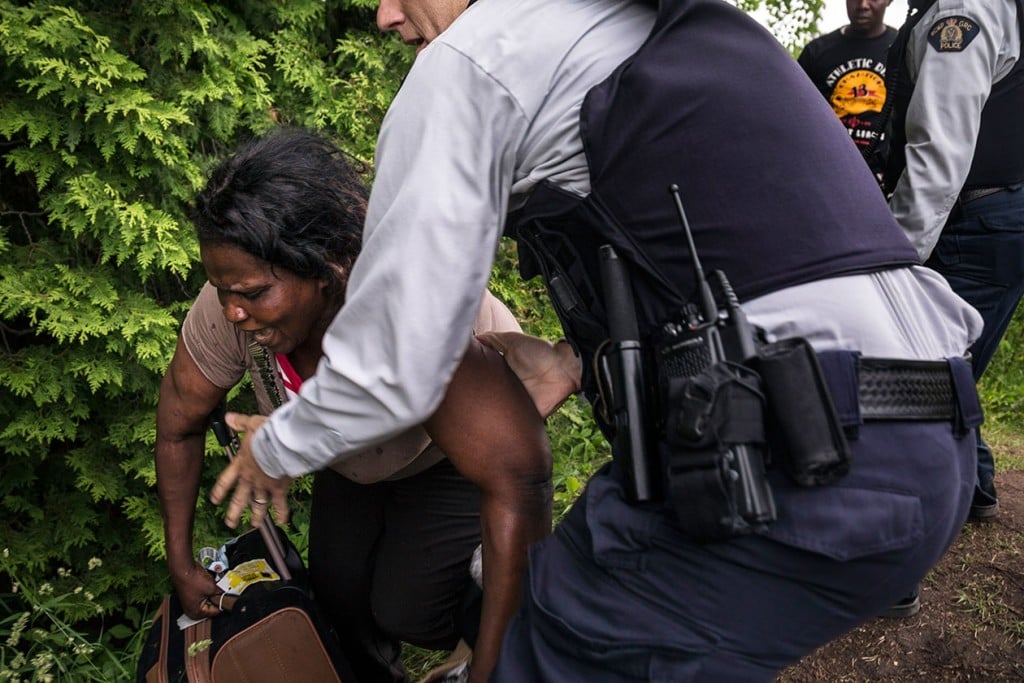 A woman from Nigeria who would not comply with RCMP orders, being arrested moments after she crossed from the U.S. to Roxham Rd. Quebec. (Photograph by Roger Lemoyne)

Philippe Couillard said it’s important that anyone who is considering joining the surge of people who have been crossing the United States border into Canada in recent weeks know what they’re facing.

“We can’t take people’s hope away, but people must be presented with a real picture of the situation, especially people who are still in the United States and may be tempted to do the same thing,” he said outside a meeting of his party’s youth wing in Sherbrooke, Que.

“Arriving in an army camp isn’t exactly a comfortable experience.”

In the first week of August, 1,798 people crossed the Canada-U.S. border to claim refugee status.

As of Friday, 1,200 people were waiting to be processed at the Lacolle border station, some staying in the dozens of tents that were hastily erected by the army earlier this week.

Many of the new arrivals are Haitian nationals who fear they could be deported if the U.S. lifts a program that granted them so-called “temporary protected status” following the earthquake that struck Haiti in 2010.

Canada already lifted its own stay on deportations to Haiti last year.

Couillard pointed out there are strict rules governing who gets political asylum and historically only about half of the applicants from Haiti are approved.

In 2016, Quebec accepted 207 of 412 refugee applications from Haitian nationals.

There have been reports that many of those arriving in recent weeks were motivated by false rumours that getting into Canada would be easy.

Couillard said he was ready to go to the media to set the record straight.