How social media and our smartphones are making the world a safer place. A sneak peek at the big read in our newest issue 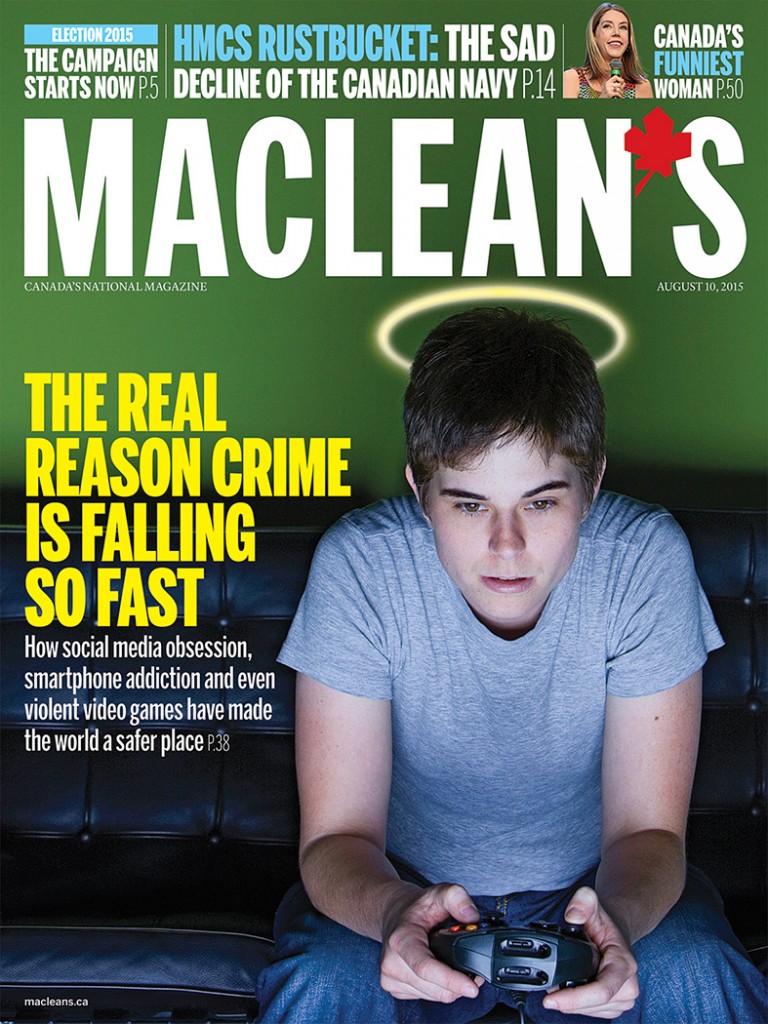 When an Ontario teenager was tragically shot and killed over an iPhone, it was easy to believe our obsession with technology had led society down the darkest path. Police warned that smartphone thefts had reached epidemic levels. For those harbouring suspicions that growing numbers of young people were prone to violence, and that crime is out of control in this country, the senseless murder seemed to confirm those fears.

But in Canada, the U.S., the U.K., Europe, Australia and other developed countries, the crime rate has actually fallen by as much as half since the early 1990s. Homicides are down, along with robberies, vehicle thefts and other serious crimes. And the one age group in which it’s falling fastest—young adults, who traditionally commit the largest proportion of crime compared to other age groups—are some of the most avid users of social media, smartphones and video games.

In fact, some who study the world of crime and who work on the front lines with at-risk youth are starting to consider whether those electronic devices are so addictive, so distracting, that they’re contributing to the crime drop around the world. This week, Maclean’s examines whether the kids are, in fact, all right—and whether we can thank the digital age for it.