Cover preview: The deadly opiate that's taking over the streets

Fentanyl is a powerful drug that's killing Canadians—and it seems no one can stop it. A sneak peek at our latest cover story. 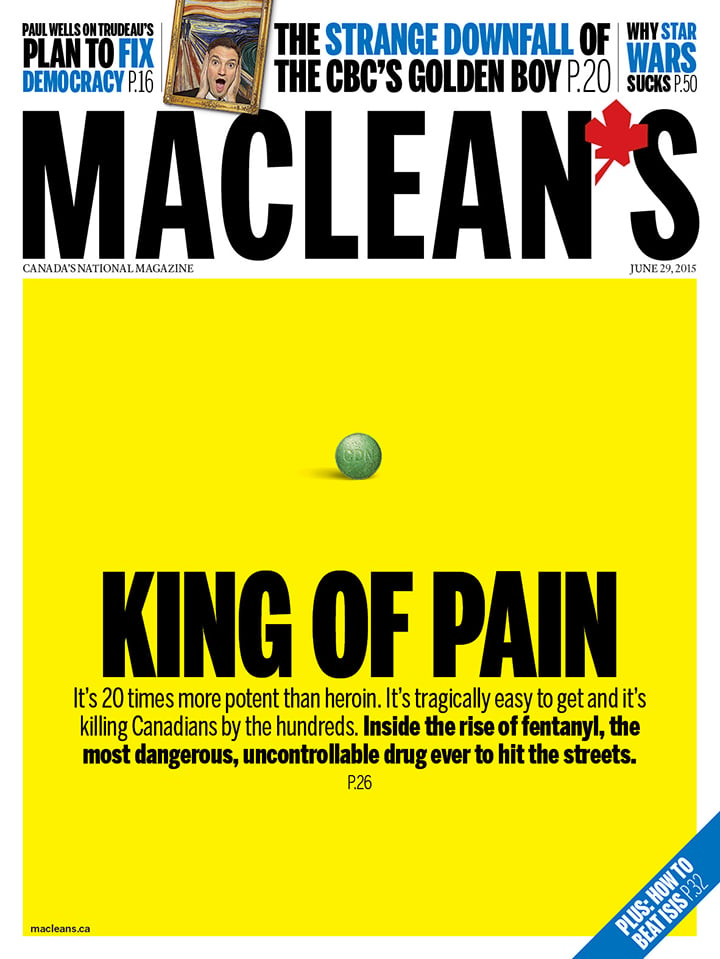 The “best high” is quickly becoming one of Canada’s biggest killers.

Fentanyl, an opiate that is 100 times more powerful than morphine and 20 times more potent than heroin, is taking over the streets. Readily available in both its prescription patch form, and as an illicitly made pill or powder, the painkiller has been linked to hundreds of overdoses. Last year, Alberta saw 120 deaths. In the first two months of 2015, there were 50 more. There were 80 fentanyl fatalities in British Columbia in 2014. And in Ontario, where the drug’s popularity soared after a 2012 government crackdown on OxyContin, it now kills twice as many people as smack.

This week, Maclean’s examines Canada’s national fentanyl problem and its tragic consequences—and the extraordinary challenge facing police and health workers as they battle a drug that’s both legal and illegal.