In this week’s issue, Maclean’s examines how the eyes of the boss are always on us. Here's a sneak peek at our cover 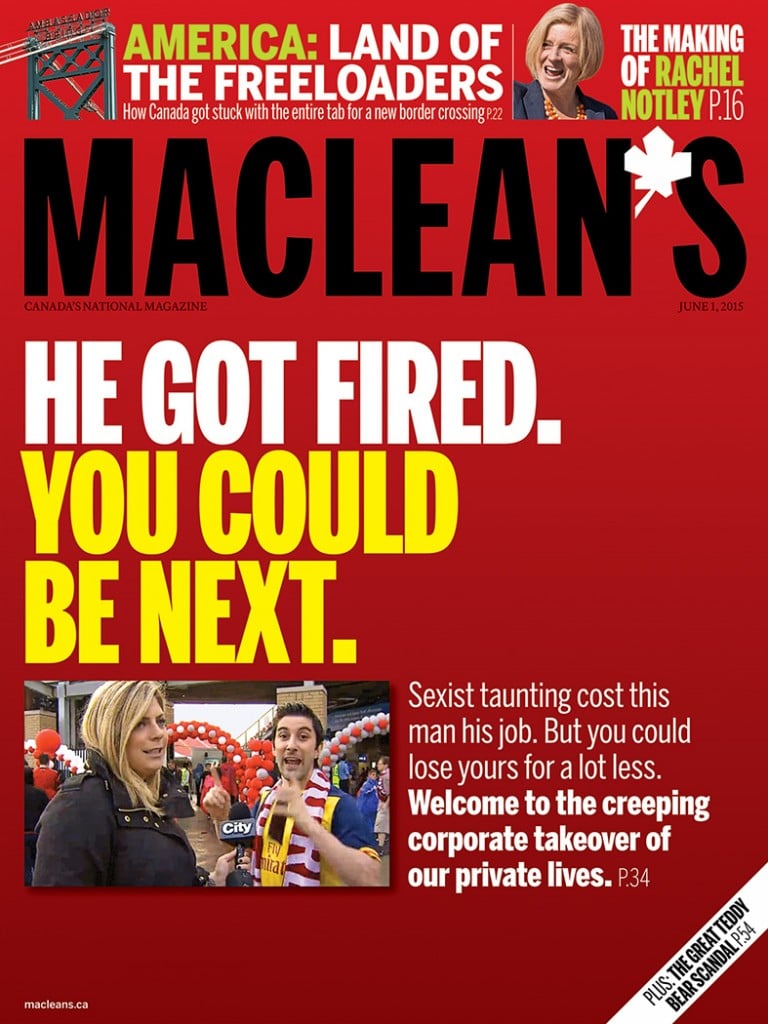 The foul-mouthed harassment of a TV reporter last week outside a Toronto FC soccer game came as a shock to a lot of Canadians. But the speed and vengeance with which one of the men was fired over the scene was just as big a surprise—a knee-jerk response, said critics, to a Twitter mob calling for his head.

We’d best get used to it. The sacking of Shawn Simoes is the latest in a series of sacrificial firings that show how closely modern employers control their workers words and deeds, encroaching ever deeper into their off-hour lives in the name of “protecting the brand.” Employer-issued phones and computers make it easier, and the consequences for those who go astray can be dire. The courts have long upheld the firing of workers whose actions tarnish their employers’ reputations. In some cases, even the potential for bad PR was enough to cost workers their jobs.

Shauna Hunt on why she stood up to FHRITP

Why we should take #FHRITP seriously

Time was, you had to be fairly prominent in a company—an exec or the like—for your conduct to be seen to damage its brand. But Twitter or YouTube can turn anyone—like Shawn Simoes—into an overnight celebrity for all the wrong reasons. Even low-ranking workers may face risks they’re not fully aware of.

Read the full story in our latest issue, available tonight for tablet and mobile readers on Next Issue, Apple Newsstand and Google Play, and on macleans.ca later this week.