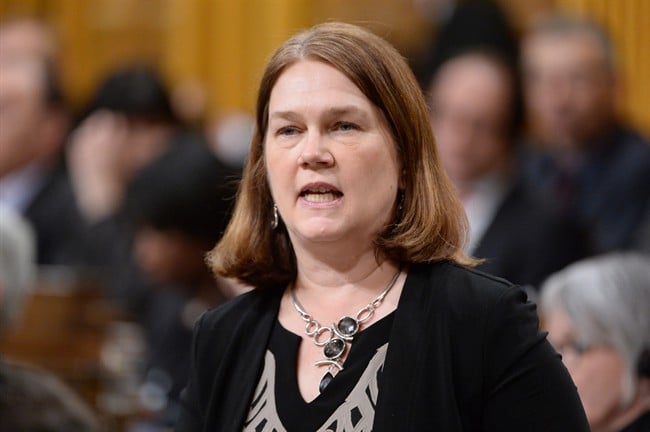 OTTAWA – The recurring crises in the remote James Bay region First Nation of Attawapiskat are back in the national headlines after a reported rash of suicide attempts.

Five mental health workers have arrived in the community of about 2,000, federal Health Minister Jane Philpott said Monday in the House of Commons, in order to address what she’s calling “one of the most serious and pressing tragedies that our nation is facing.”

Ontario Premier Kathleen Wynne, speaking in Toronto, said she is “very worried and very concerned” about the situation.

“I know that there are myriad concerns within the community, whether it’s housing, whether it’s counselling and support,” Wynne said at the Ontario legislature.

“We will do everything we can to put the supports in place.”

It is a recurring crisis for Attawapiskat, which has been beset for years by annual spring flooding, contaminated drinking water and a condemned schoolhouse built on the site of a massive diesel spill.

The Attawapiskat chief and eight councillors declared a state of emergency Saturday evening, citing the community’s 11 suicide attempts so far in the month of April and 28 recorded attempts in March.

“Community front line resources are exhausted and no additional outside resources are available,” said the hand-written declaration signed by Chief Bruce Shisheesh at 9:24 p.m. on April 9.

Thirteen-year-old Sheridan Hookimaw died last October by her own hand and there have been about 100 suicide attempts since then.

There were media reports that 11 youths attempted suicide in the community on Saturday alone, which was not reflected in the emergency declaration.

Grand Chief Alvin Fiddler of the Nishnawbe Aski Nation told The Canadian Press that “without having data right from the nursing station or our police service, I think it’s very difficult to sort of differentiate what you would call a serious attempt vs. people just thinking about self-harm.

“I think what we’re hearing is that there’s just a wide range of high-risk behaviour that people are seeing in the community … which require medical intervention,” said Chief Fiddler.

He said he requested a community assessment on the scope of the suicide problem last month but never received one.

More than just immediate crisis intervention is required, said the national chief of the Assembly of First Nations.

The community is a “national tragedy” and the situation is too common in First Nations, Perry Bellegarde said in a news release.

“We need a sustained commitment to address long-standing issues that lead to hopelessness among our peoples, particularly the youth,” Bellegarde wrote.

He noted that Pimicikamak Cree Nation in Manitoba declared a state of emergency last month in response to youth suicide.

NDP MP Charlie Angus, whose sprawling northern Ontario riding includes Attawapiskat, sent a letter to the Speaker of the House of Commons late Monday, serving notice that he will ask Tuesday for an emergency debate on the crisis.

Earlier, Angus said Canadians living in the south would not tolerate the lack of mental-health care provided to indigenous children.

“It’s the parents, it’s the cops, it’s the teachers who are trying to keep these kids alive,” said Angus. “This is systemic discrimination. It’s what it looks like when children are giving up.”

Other isolated First Nations also have experienced repeated crises over the years, attracting brief national attention that did little to change the community trajectories.

“They are very, very remote, they’re small, there’s no economy, there is a sense — especially among the younger people — of despair, a lack of opportunity and it leads to depression and anxiety and these sorts of things,” said Zimmer.

Philpott, a physician, told reporters following the Commons question period that there are equally troubling situations in other First Nations that aren’t attracting media attention.

Last month’s federal budget promised $8.4 billion over five years to improve the lives of indigenous people, she noted, which will help address the crises more broadly as matters of socio-economic and public health.

In 2008, global diamond giant De Beers began production from its Victor Mine, 90 kilometres west of Attawapiskat. It provides employment and royalties to the community, including contributing to a trust fund which some reports now value at $13 million.

“They have the catering contract,” Bennett said of Attawapiskat.

“They have a number of things that are servicing the mines in that region, so I think that it’s a matter of getting, at the moment, hope for the children and that they can actually see themselves contributing to their communities, to the region and the hope to get out of this.”