Within hours of posting workout, video had gone viral 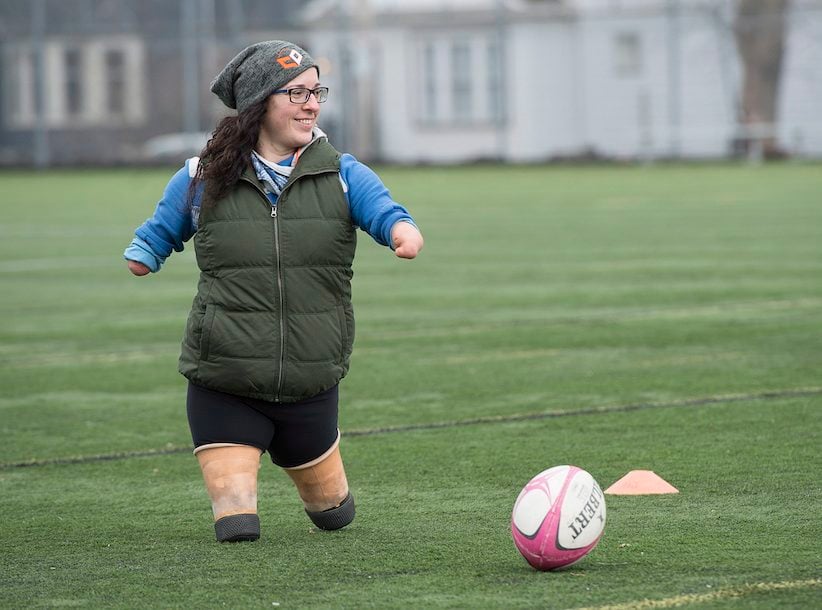 Lindsay Hilton, who was born without full arms and legs, coaches rugby at Dalhousie University in Halifax on Monday, March 28. (Andrew Vaughan, CP)

HALIFAX — A rugby player without full limbs is setting off interest in crossfit workouts with a viral video depicting her doing multiple pullups and lunging across a gym floor.

Thirty-year-old Lindsay Hilton allowed the CrossFit OnSide gym in Halifax to distribute the video on March 9th on Facebook, and within a few hours it had six million viewers.

The video shows the 30-year-old rugby player striding across the gym with a bar on her shoulders and throwing her body to the ground for a series of burpees.

She says the video is inspiring amputees and people who use prosthetics.

Blaike Holding says the video has motivated her to head to a local fitness centre in her hometown of Abbotsford, British Columbia.

The quadruple amputee says strengthening exercises can be particularly helpful for her health, and thanks to the video she feels confident to try some crossfit exercises.

Karen Valley, director of the national amputee centre with the War Amps, says not all amputees will be able to take on such a vigorous workout, but she says Hilton’s positive attitude is infectious.