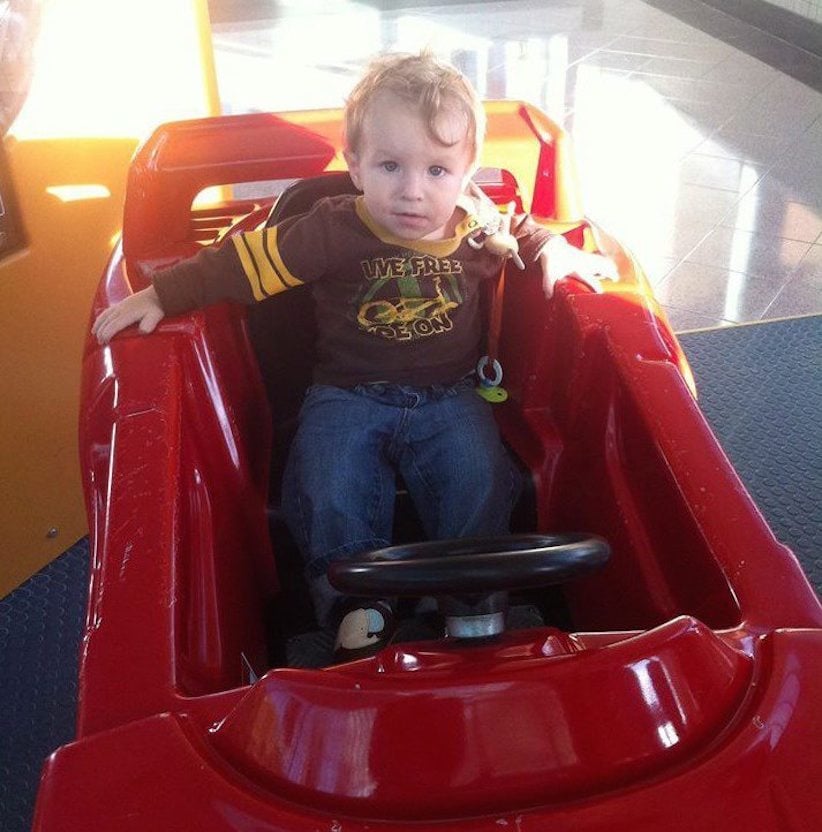 LETHBRIDGE, Alta. — A divisive trial that drew strong opinions from both sides of the naturopathic medicine debate came to a tearful conclusion Tuesday as an eight-woman, four-man jury found an Alberta couple guilty of failing to provide the necessaries of life for their toddler son.

David and Collet Stephan, whose family helped start a nutritional supplements company, were convicted in the death of 19-month-old Ezekiel from meningitis in March 2012.

The trial had been told the couple thought the boy had croup or the flu, so treated him for 2 1/2 weeks with remedies that included hot peppers, garlic, onions and horseradish, even though a family friend who was a nurse told them she thought Ezekiel had meningitis.

The jury was also told Collet Stephan drove the little boy from their rural home to a naturopathic clinic in Lethbridge, Alta., to pick up an echinacea mixture, although he was too stiff to sit in his car seat and had to lie on a mattress on the way.

When the jury delivered its verdict in the second day of deliberations, gasps could be heard in the courtroom.

Collet Stephan, 35, began to weep uncontrollably. Several observers in the gallery also cried, as did two members of the jury.

A Facebook page called “Prayers for Ezekiel” exploded in vitriol and anger from both sides of the issue, with some calling for the death penalty for the Stephans and others calling the proceedings “a travesty of justice.”

One commenter named Erica Anne derided the Stephans as “quack parents using quack medicine” while supporter Linda Pereboeff found it “a scandalous failure of the justice system.” Many wrote that their hearts went out to the family and pleaded to know where they could register their opposition to the verdict.

Crown prosecutor Lisa Weich said the conviction ensures people who cannot care for themselves will receive the minimal standard of care expected by society.

“They definitely, definitely loved their son but as stated in our closing arguments, unfortunately sometimes love just isn’t enough,” Weich said outside court. “Parents still have to follow a standard of care as set by criminal law.”

The couple walked slowly out of the court after the verdict accompanied by their lawyer, family and supporters. They did not reply to requests for comment.

David Stephan’s brother-in-law said he was both saddened and angry.

“I was in tears like everybody else,” said Eric Sveinson. “I was angry, frustrated. We’re very disheartened and very disappointed and hope that the world can see that a beautiful family was unjustly charged today.

The defence argued the couple were loving, responsible parents who simply didn’t realize how sick the little boy was.

David Stephan, 32, told The Canadian Press in a pre-trial interview he believed he and his wife were charged because they didn’t vaccinate their children and, in part, because of his family’s business.

His father, Anthony Stephan, co-founded Truehope Nutritional Support in Raymond, Alta., in 1996 after his wife committed suicide. The company’s website says the woman and some of the couple’s 10 children had been diagnosed with bipolar disorder, so Anthony Stephan formed the company with a friend to find a natural treatment.

The company says one of their products, EMPowerplus, helps treat bipolar disorder, depression and even autism. Truehope fought to be able to sell EMPowerplus for more than a decade before an Alberta judge ruled that it could be sold here as a drug.

David Stephan, a Truehope vice-president, said he heard so many stories from parents about vaccinations causing autism in their children that he and his wife decided they wouldn’t vaccinate their own kids, adding that still held true for their three remaining boys.

“This case is not yet over, but a big chapter has come to a close,” Jerke said.