D-Day: We cannot repay except by remembering

Editorial: The ferocious fighting spirit of the Canadian troops on Juno Beach is only the beginning of what we honour them for 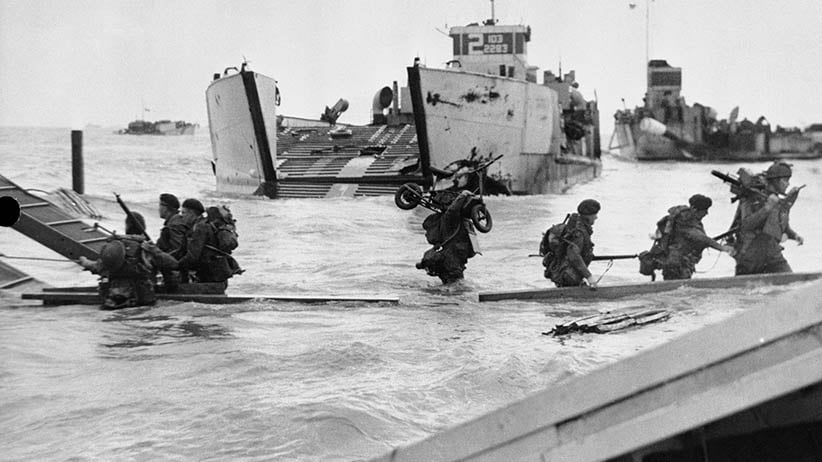 It may be that we do not talk enough about numbers when it comes to D-Day. We like stories, and June 6, 1944, is one of the greatest fountainheads of storytelling that exists in the chronicle of mankind. In the last 20 years, no doubt partly because of the artistic and commercial success of the 1998 film Saving Private Ryan, the literature of D-Day has expanded beyond belief. Every living star historian of the Second World War has done a D-Day book since then, and there have been at least a half-dozen top-notch ones published just on the progress of the Canadians on Juno Beach.

Study them and you find yourself bumping into the same colourful characters over and over: Sgt. Léo Gariépy astonishing the folk of Courseulles by greeting them in a weirdly familiar version of their own French; Cpl. “Bull” Klos refusing to be slowed by his wounds and dying with his hands around a German soldier’s throat. They were farmers and miners and ne’er-do-wells from every Canadian time zone, their names still honoured in Normandy for a few short hours of action. Except in many cases it wasn’t hours: as with Klos, or with Canadian parachutists killed by trees or drowned in mud, it was mere seconds.

But the larger math is worth reiterating too, for we cannot appreciate what those individuals accomplished without recalling the terrible calculus they faced. In his official history of the war in northwest Europe, C.P. Stacey estimated that about 15,000 Canadians, including members of the 1st Parachute Battalion, went into ground action on D-Day. His figures, now known to be a little bit out of kilter, show about 350 of them were killed on the first day and more than 700 were wounded. It comes to roughly 1,000 casualties. The number is all the more hair-raising when you read that the Allied command had expected more like 2,000, including an enormous number of fully anticipated drownings.

It is unfortunate that Hollywood has attracted so much attention to the day of the landings itself. Many Canadians probably imagine Juno Beach as being, well, like Omaha Beach—a horrifying turkey shoot. But what was extraordinary about the Canadians’ performance in their sector was the speed with which they got past the beach, cleaned up German trenches and fortifications, and moved inland to the farm country beyond the dunes, outpacing neighbouring invasion units so effectively that they were in peril of being outflanked.

As is often noted, C Company of the armoured 1st Hussars briefly crossed the important highway between Caen and Bayeux, and was therefore the only ground unit in the entire Allied invasion force to attain all of its official D-Day objectives.

Were they lucky in the strength of their opposition? Certainly. But no one else in the theatre took such splendid advantage of good luck.

The balance of the storytelling is a bit clumsy: books about the invasion are often one-quarter or one-half about D-Day, at the expense of the later events in which the Allied toehold was defended, then expanded, then turned into a cauldron of death for two German Panzer armies, and finally widened to include Paris. These were historical accomplishments with Canadians in pivotal roles. The First World War is often thought of as representing the birth of a Canadian nation; in the summer of 1944, grown Canada returned to France to assert a strength one can hardly believe.

None of it would have been possible if the landings had failed—but, then, it is hard to keep track of all the various ways in which the preparations did, in fact, fail. The naval artillery assigned to reduce the Atlantic Wall mostly overshot its targets in the Canadian sector. Intense aerial bombing of German defences accomplished little. The parachute attack was a debacle. British midget submarines piloted by insanely courageous sailors performed well off the Norman coast, but could not launch dinghies intended to guide tanks to shore on Juno Beach.

Later, two weeks after the landing, one of the massive artificial Mulberry harbours designed to keep men and material flowing into France was wrecked in a storm.

None of this discouraged Canadians from plunging into Fortress Europe and liberating it from Nazi terror; they did not recoil from the task even when elite SS units in Normandy provided a practical demonstration of Nazi pathology by murdering Canadian prisoners of war in the coldest blood.

The ferocious fighting spirit shown by our forerunners is only half of the story, only the beginning of what we honour them for after 70 years: over and over, in studying them, one is astonished by their clarity of vision, their ability to improvise and prevail in ultra-chaotic situations, their personal endurance. We can only warm ourselves in their reflected glory, knowing we cannot repay except by remembering.