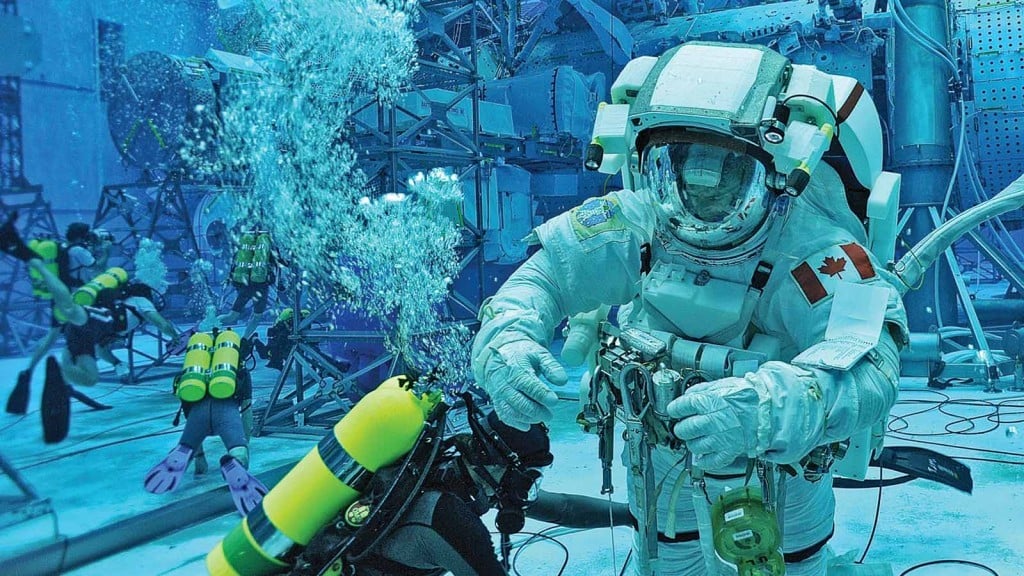 OTTAWA – Quebec engineer and doctor David Saint-Jacques says he’s not entirely sure why he was chosen to become the next Canadian to work aboard the International Space Station — but he’ll gladly accept the mission.

“They had to pick one of us,” Saint-Jacques said when asked why he believed he was chosen over his co-astronaut-in-training Jeremy Hansen.

“I guess the important (thing) is that there are two space flights coming up for Canada. This is the first one and I’m looking forward for (Hansen) getting the next shot.”

Saint-Jacques, 46, is scheduled to travel to space aboard the Russian Soyuz rocket for a six-month mission in November 2018.

“I promise to live up to your expectations,” Saint-Jacques told a group of schoolchildren gathered Monday at an Ottawa museum, where Minister of Science and Innovation Navdeep Bains announced the assignment.

From the archives: Maclean’s profile of Saint-Jacques in 2015

Training for Saint-Jacques, who is a medical, engineering and astrophysics specialist, begins this summer in Canada, Russia, Japan and the United States.

Saint-Jacques said he was inspired to be an astronaut by the many Canadians who flew out of Earth’s atmosphere before him.

“I stand on the shoulders of giants,” he said. “The astronauts who have preceded me, they were my childhood inspiration, my colleagues and my mentors.”

He’ll become the ninth Canadian to travel to space, six of whom worked at the International Space Station. In all, Canadians have made 16 space flights to date.

“These men and women have captured our imagination, motivated us to work and study harder, and inspired us to be our best,” said Bains.

Chris Hadfield, who was commander of the International Space Station in 2013, was the most recent Canadian in space, and won global notoriety by using his must-follow Twitter feed to routinely post photos, comments and videos, including several of himself singing and strumming his guitar. His rendition of David Bowie’s “Space Oddity” was a sensation around the world.

Last year, the federal government announced that two Canadian astronauts would be going to the space station in the next decade — one by 2019 and one by 2024 — but didn’t specify who would be next.

Saint-Jacques and Hansen are the only two active members of the Canadian Astronaut Corps.

Both were sent to train at NASA’s space centre in Houston, Texas shortly after being chosen for astronaut school in 2009.

MORE: Read all the stories from our Space Issue

Born in Quebec City, Saint-Jacques is a married father of two children with a taste for adventure as an avid mountain climber, cyclist and skier. He holds a commercial pilot licence and speaks five languages.

Before joining the space program, he practised medicine in a remote Inuit community on Hudson Bay.