Death of RCMP Cpl. Ron Francis highlights need to help those with PTSD

'This was a cry for help' 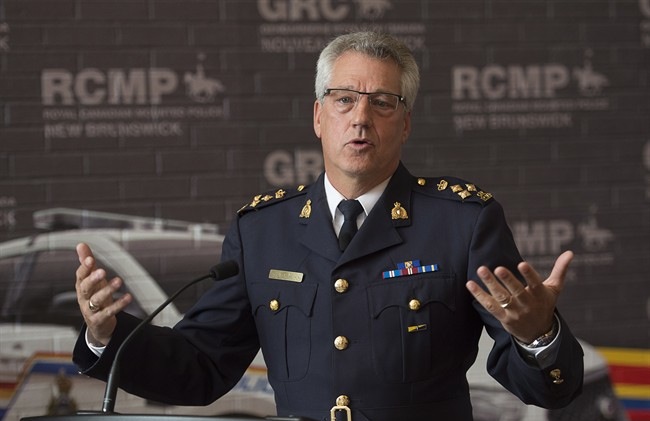 FREDERICTON – The death of RCMP Cpl. Ron Francis, who helped draw attention to post-traumatic stress disorder among emergency first responders, is a terrible loss that underscores the need to deal with the issue, the RCMP’s commanding officer in New Brunswick said Tuesday.

“It’s unfortunate that this condition, if you will, took over and consumed him, but he didn’t let go,” assistant commissioner Roger Brown told a news conference at RCMP headquarters in Fredericton. “His goal was to try to make some sense of it himself and to bring an awareness to what this is all about.”

Francis was found dead Monday afternoon at the Kingsclear First Nation. It appears no one else was involved in his death but Brown wouldn’t provide any details about the circumstances of how Francis died.

Brown said the police force was doing all it could to get Francis the support he needed, meeting with him as recently as Sunday.

“I know there will be much speculation about why this happened and assumptions may be made,” Brown said. “Unfortunately this is not the outcome that I would’ve hoped for, that I would’ve anticipated.”

Francis, who served with the Mounties for 22 years, made national headlines last year after he complained that he wasn’t allowed to smoke medicinal marijuana for PTSD while in uniform.

Last November, Francis returned his red serge uniform, saying he was doing so on orders from his superiors, and accused the RCMP and the federal government of not doing enough to support officers with PTSD.

At the time, the RCMP said its officers who are prescribed medicinal marijuana should not be in red serge or regular uniform while taking their medication as it wouldn’t portray the right message to the public.

Brown said Tuesday the uniform still belonged to Francis. He said his goal was to have Francis, who was on leave from the RCMP, return as a contributing member of the force.

“This wasn’t a pot-smoking issue. This wasn’t a red serge issue,” Brown said. “This was a cry for help and a need to raise the awareness as to what PTSD really is within the organizations that we all work for.”

Francis pleaded guilty last month to assaulting four fellow RCMP officers and was to be sentenced next month.

Provincial court heard that in December, officers confronted Francis on a Fredericton street in an effort to take him to hospital for a mental health assessment. Francis pushed one officer and during the ensuing scuffle, he punched another officer in the face, giving him a bloody nose.

A month later, the RCMP received a call from Francis saying that “things were not going well for him.” Police went to Francis’ home and believed he was under the influence of alcohol. He was arrested for breaching a judge’s order not to consume or possess alcohol.

Francis was then taken to the RCMP detachment in Oromocto where he pushed one officer and grabbed another by the shirt and pushed him.

Chief Gabriel Atwin of the Kingsclear First Nation said his community remembers Francis as a role model, particularly for youth.

“Through pain we choose to celebrate his life and honour the character of the man we knew,” Atwin said in a statement. “The depth of loss we feel only proves that a life of service to one’s community earns the respect of all.”