Rally for Ellen Watters urges New Brunswick to enact one-metre rule for drivers, which is already legislated in other provinces 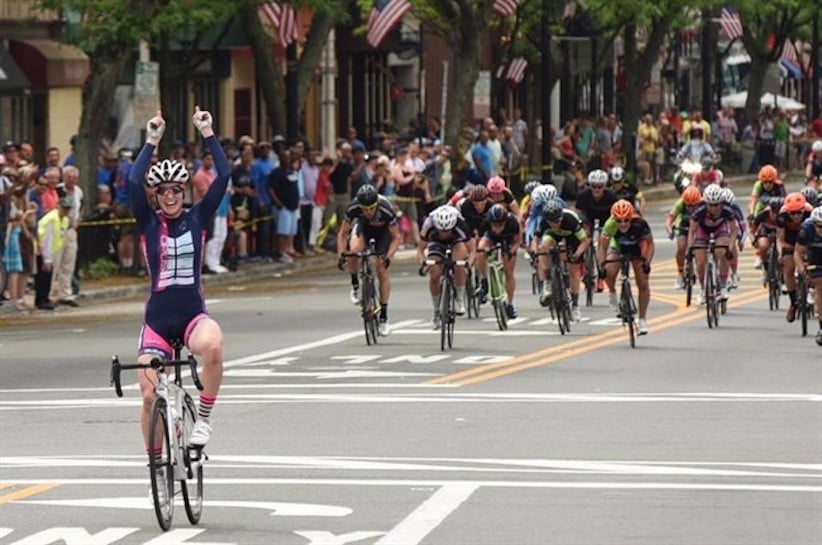 SAINT JOHN, N.B. – The death of competitive cyclist Ellen Watters highlights the need for safer roads in New Brunswick and beyond, her friend said Thursday ahead of a rally planned in her honour.

Watters, 28, was badly injured after being hit by a vehicle while training Dec. 23 just outside Sussex, N.B. Her death was announced Wednesday.

The Sunday rally will push New Brunswick to enact a one-metre rule for motorists, which is already legislated in other provinces including Nova Scotia and Ontario.

Emily Flynn, Watters’ friend and a fellow cyclist, said the group wants New Brunswick’s rule to be named “Ellen’s Law” in her memory.

Flynn said the cycling community in New Brunswick has already been lobbying the government for legislation, and Watters will likely “be the catalyst that pushes it through.”

But Flynn said that’s what Watters would have wanted.

“She even said to her mother before that if she had to be the reason for roads to be safer for cyclists, she would be OK with that. Those are pretty big words,” said Flynn in a phone interview Thursday.

“Ellen always wanted to help others, and she always wanted to get more people out on bikes, and advocating for improved safety is part of that. She would always say, ‘If you want to have a smile like mine, you just have to get on two wheels’.”

Watters, a kinesiology graduate originally from Apohaqui, N.B., had been rising up the ranks since joining the Ottawa-based The Cyclery Racing Program in 2014, and was poised to go professional next year.

Earlier this year, Watters won the Tour of the Battenkill and Tour of Somerville in the U.S., and won bronze in the criterium at the Canadian Road Championships.

She had signed with the U.S.-based Colavita-Bianchi team, and was to compete professionally next year, Cycling Canada said in a statement. She was also invited to be a part-time member of the Canadian women’s development program.

Flynn said Watters had a lust for life and a “big smile that would light up a room.”

“You would meet her for a second and she would have already left a lasting impacting,” said Flynn. “She was just so warm and caring.”

The “One Metre For Ellen” rally will begin at 1 p.m. Sunday at 100 Prince Edward Street. People are encouraged to bike or walk from there to city hall at 15 Market Square.

Under Ontario’s law, motorists are required to keep a distance of one metre from cyclists, or receive a $110 fine and two demerit points.