Gen. Tom Lawson, Canada's top military commander, tells a committee that he didn't expect his soldiers would be guiding air strikes in Iraq 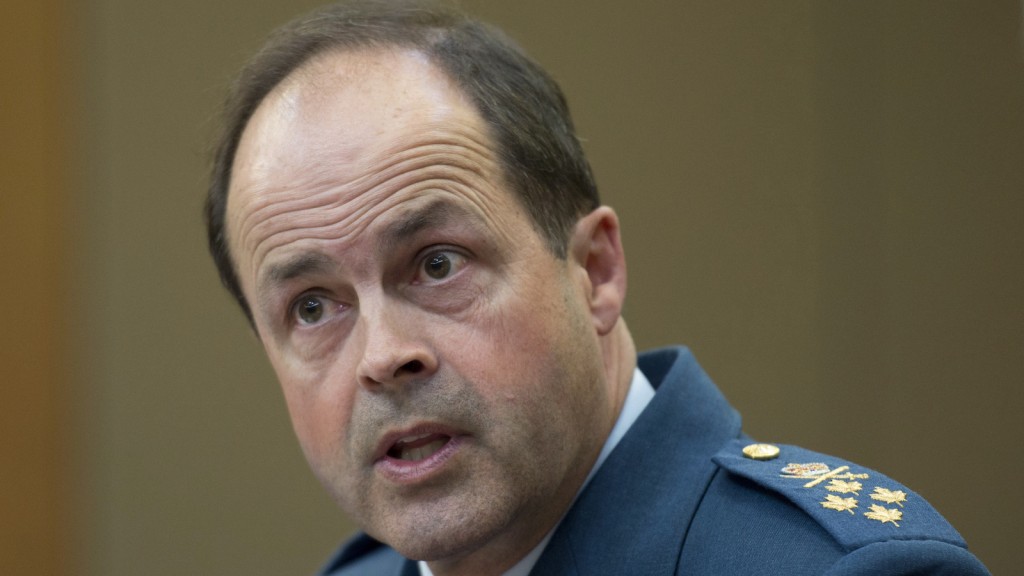 OTTAWA – The country’s top military commander says he didn’t expect his soldiers would be guiding air strikes in Iraq when he first outlined their mission last fall, but he later gave the OK for them to do so.

The acknowledgment by Gen. Tom Lawson came amid a testy House of Commons committee meeting on Thursday where opposition MPs and cabinet ministers duelled over the definition of combat and whether the actions of the special forces violated the parliamentary motion that authorized the military deployment.

The defence chief told an interviewer on Oct. 19 the Canadians would have “nothing to do” with calling in air strikes; that none of the other allies were doing it and that the mission was to “assist, but not accompany” Kurdish peshmerga forces into battle.

What he didn’t anticipate was that the training would progress so quickly, to the point where the Canadians were teaching how to target air strikes.

“So, in fact I provided them, within the advise-and-assist mission, the authority to go ahead with that,” he said.

The general felt this was within the mandate given by the government.

Related:
Bringing Canada’s role in Iraq into focus
Were Canadians misled about the mission in Iraq?

At issue is when the Harper government knew about the significant change in the role of the troops and why it took the Conservatives almost two months to reveal it.

Canadians began assisting in U.S.-led coalition air strikes at the end of November, yet there was no public mention of it until Jan. 19.

During question period on Thursday, NDP defence critic Jack Harris demanded to know when the defence minister knew of the change, but Rob Nicholson would only say the mission was progressing and that the opposition didn’t support it.

Nicholson and Lawson, while both championing the air combat mission involving the country’s CF-18s, steadfastly denied that the actions of special forces on the ground — in guiding air strikes and returning fire while at the front — constituted a combat mission.

Liberal foreign affairs critic Marc Garneau put Lawson on the spot by placing the Canadian military’s textbook definition of combat before him.

“It says a combat operation is a military operation where the use — or threatened use — of force, including lethal force is essential to impose will upon an armed opponent — or to accomplish a mission,” said Garneau. “Is this not what we’re doing in Iraq?”

Lawson said it wasn’t. He hung his argument on the notion that the troops were not using their “weapons to compel the enemy,” but only to defend themselves when fired upon. He wasn’t asked to explain how the use of a laser pointer to guide a 235-kilogram bomb to a target would not be considered imposing will upon the other side.

The hair-splitting irked NDP foreign affairs critic Paul Dewar, who said he has sympathy for Lawson for having to defend the mission.

“This semantics that we’re playing, when the prime minister says we’re not going to accompany and we’re accompanying, it must confuse the heck out of you as the chief of defence staff. My heart goes out to you,” said Dewar.

“At the end of the day, when you have soldiers out there on the front lines, whether you call it a combat mission or not, they’re in combat. If it walks like a duck, talks like a duck, it’s a duck.”

Special forces missions were covered with a tight blanket of security during the Afghan war and none of Canada’s allies have gone as far as the Harper government in describing their special operations in Iraq.

Nicholson tried to paint this as a sign of government transparency, but at the same time he refused repeated demands for a cost estimate on the mission, saying that will be revealed in public accounts records later this year.