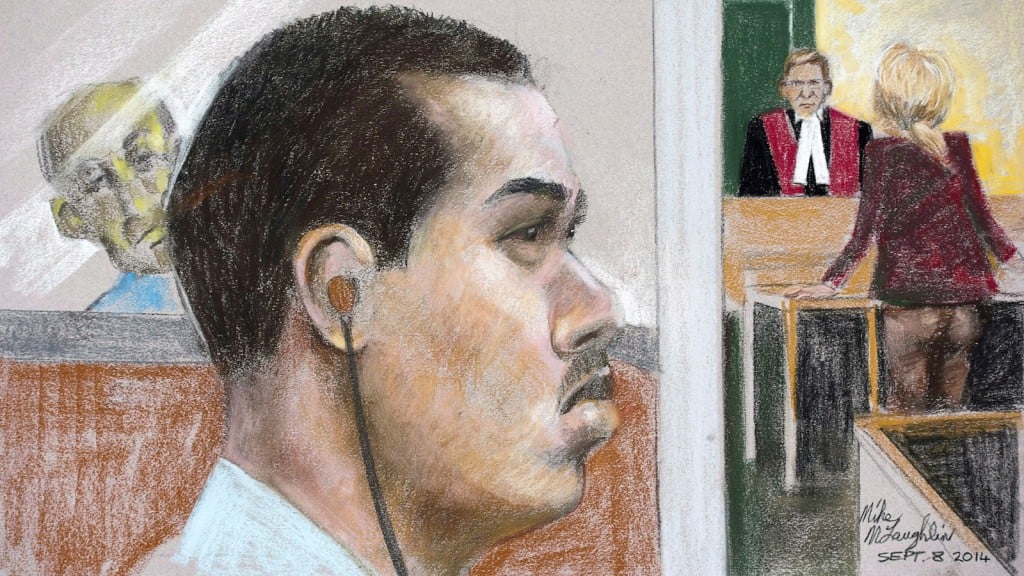 MONTREAL —  The defence has formally rested its case in the first-degree murder trial of Luka Rocco Magnotta without the accused taking the stand.

Attorney Luc Leclair presented a dozen witnesses over roughly two weeks, with the final one being the lead investigator in the case, Michel Bourque.

While Magnotta did not testify, his lawyer called several other witnesses, including his father and two forensic psychiatrists who assessed him for criminal responsibility.

Magnotta is charged with first-degree murder in the slaying and dismemberment of Jun Lin in May 2012 in Montreal,

He has admitted to killing the Chinese engineering student, but has pleaded not guilty by way of mental disorder.

The trial is in its ninth week.

Related post: Inside the twisted world of Luka Rocco Magnotta