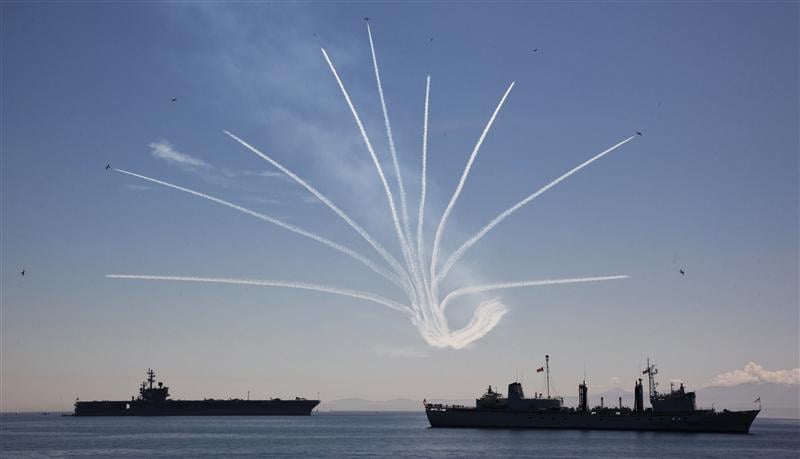 OTTAWA – The country’s defence industry association says it warned the federal government over two years ago that the relationship with some of its members was rocky and Cold War-era policies governing their dealings needed an overhaul.

Christyn Cianfarani, president of the Canadian Association of Defence and Security Industries, says her organization fully supports recommendations in an independent report presented to the new Liberal government last fall.

The exhaustive study by the audit firm PricewaterhouseCoopers examined federal contract pricing and policies and warned that the current system provides what it called perverse incentives for industry to hike their costs, particularly in military equipment deals.

But Cianfarani said her association had a hand in shaping the PricewaterhouseCoopers report, which was leaked to The Canadian Press last week.

The association also presented its own analysis to former Conservative government officials in November 2013.

“Our goal is to fix it,” she said of the troubled procurement system in an interview Thursday.

“We were saying what you’re going to be finding isn’t perfect. It’s actually going to be — in some cases — not pretty, but we have to put it out there to fix it.”

The Trudeau government made overhauling defence procurement one of its promises in last fall’s election and it figured prominently in Public Services Minister Judy Foote’s marching orders after she was sworn in to cabinet.

Tens of billions of dollars are at stake, particularly as cabinet will soon set the direction for the navy’s much-anticipated frigate replacement program.

The Liberals have been inundated with a number of studies and analyses, both internal and independent, that point to an outdated, moribund system that has been starved of people and expertise to handle complex programs.

Aside from the independent PricewaterhouseCooper report, annual internal audits at Public Works show that both military and non-military contractors routinely overbill the federal governments on contacts and bureaucrats are not inclined to ask for repayment.

“We’re not against auditing,” said Cianfarani, who noted the onus is on the government to have a process in place that “allows for industry to be innovative” and allowed to “deliver savings and probably equal — or higher quality service.”

It cites examples of contractors being asked for estimates in 2011, with the government waiting until 2013 to place an order and then expecting to get the two-year-old price.

The report notes that contractors are in business to make money, but officials are often in a race to the bottom.

“If negotiated costs and profits are continuously ratcheted down to the point where profit margins do not provide a suitable return on the full economic costs that a company incurs, then the outcomes are obvious and inevitable,” said the report.

Cianfarani says the industry has seen some recognition of its concerns at senior level, but it has not translated to policies and procedures on the front line.

The report also says that the federal government too often invokes Cold War-era legislation — the Defence Production Act. The legislation gives the public works minister the power, among other things to reduce the total amount payable under a contract to point the government deems reasonable.