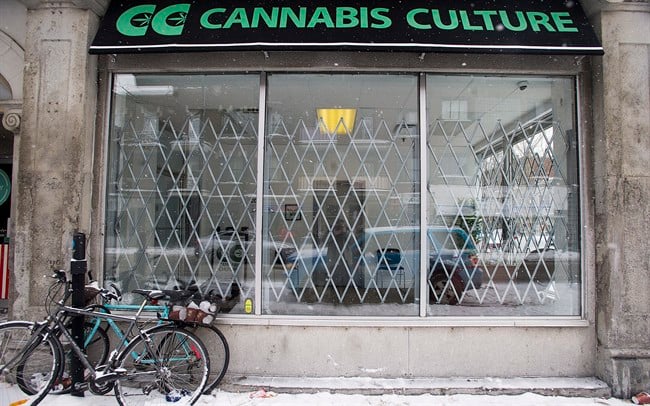 MONTREAL — Montreal’s mayor said Saturday that police were doing their jobs and upholding the law when they launched raids against newly opened illegal cannabis stores.

Denis Coderre said that opening the stores was a pointless stunt since federal legislation to legalize marijuana is expected in the spring.

“What I don’t understand is, legalization of marijuana is going to happen, so why do this kind of stunt?” he told reporters at an unrelated event in Montreal.

Police said they arrested 10 people Friday in the raids on the cannabis stores that opened one day before by the self-styled “Prince of Pot,” Marc Emery, and his wife, Jodie.

All but one person, who refused to sign the release documents, were released on a promise to appear in court.

Local television outlets broadcast images of police taking Emery outside one of his stores in the city’s Plateau neighbourhood. Social media accounts listed as belonging to Jodie Emery said her husband was among those who were arrested.

Cannabis Culture, the brand owned by the Emerys, already has a dozen shops across Canada.

Ottawa is moving “properly and responsibly,” to legalize marijuana, Trudeau said, but the current law governing cannabis will stand until new legislation is ratified.

Coderre reiterated that message on Saturday, saying that marijuana advocates need to be patient and respect the law until it is changed.

“Police did their jobs, as they should, and we have to send a message to the community that this is not the right way to do (civil) disobedience,” he said.