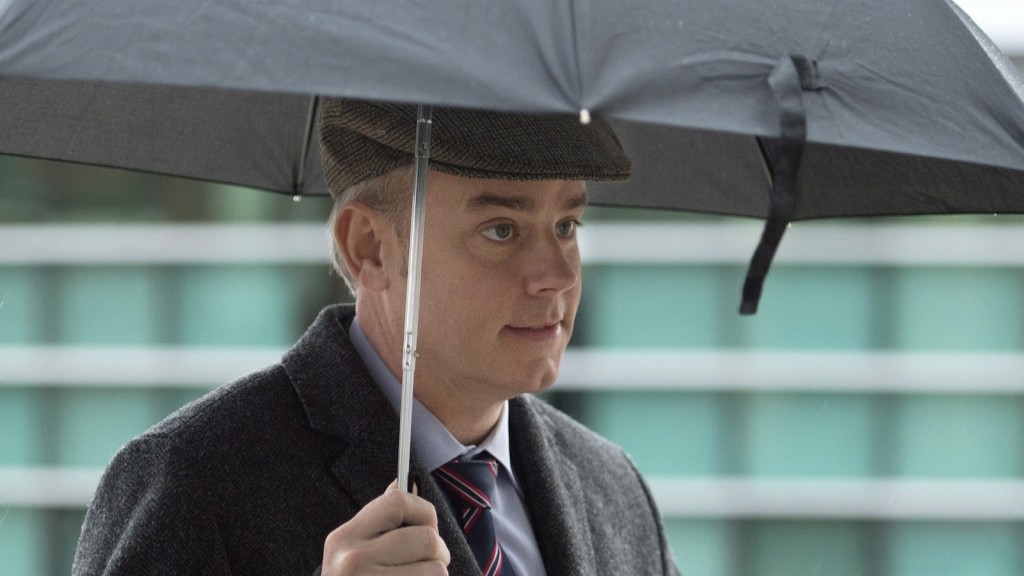 SAINT JOHN, N.B. – Dennis Oland’s family said they were devastated Friday after he was ordered to stand trial on a charge of second-degree murder in the death of his father Richard, an accomplished businessman and active community member in New Brunswick.

Oland sat calmly in the front row of provincial court in Saint John with his wife Lisa and mother Constance as Judge Ronald LeBlanc spent close to 2 1/2 hours delivering his ruling following a preliminary inquiry.

Oland, 46, did not offer any reaction after the decision.

Family members, who hugged each other in the courtroom following the decision, issued a statement saying they know Dennis is innocent.

“Throughout this ordeal our faith in him continues to be absolutely unwavering,” the family said.

“We are devastated that we will have to endure a trial but we know Dennis will be found innocent in an objective and fair process in a court of law.

“The question of who is really responsible for Dick’s death haunts us. We despair at the time that has been lost and worry the perpetrator of this terrible crime may now never be found and brought to justice.”

Richard Oland, an officer of the Order of Canada and part of the well-known Maritime family that owns Moosehead Breweries, was found dead in his office in Saint John on July 7, 2011. He was 69.

He left Moosehead Breweries in 1981 and went on to work in the trucking business and served as a director of a number of firms including Ganong Bros. and the United Way of Greater Saint John.

Derek Oland, executive chairman of Moosehead Breweries and Richard’s brother, issued his own statement saying his nephew is innocent.

“We will continue to support him and his family members throughout the upcoming legal proceedings,” he said.

Defence lawyer Gary Miller said he was not pleased with the ruling.

“Obviously we’re disappointed with Judge LeBlanc’s decision, but plain and simply we remain very confident that Dennis will be vindicated at trial,” Miller said outside court.

“It’s an incredibly low threshold that the Crown has to meet at this stage in the proceedings. I’ve been doing this 37 years and this is the first time I’ve ever contested a murder committal at a preliminary inquiry.”

Dennis Oland was arrested about a year ago and granted bail. He has been ordered to return to court Feb. 2 to enter a plea.

A publication ban is in effect on the evidence presented at the hearing, which lasted 37 days and heard from 42 witnesses.

Note to readers: This is a corrected story. A previous version said Oland was a member of the Order of Canada.