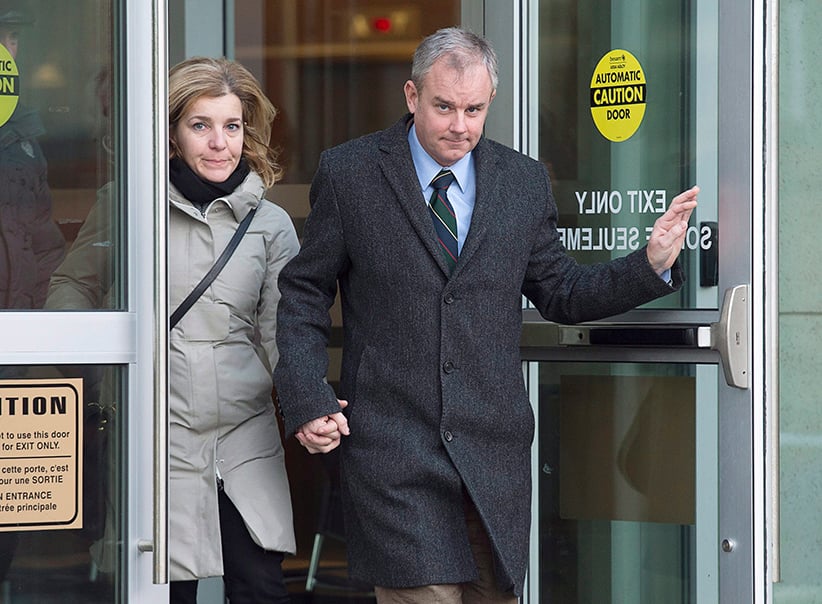 Dennis Oland and his wife Lisa head from the Law Courts as the jury begins their deliberations at his murder trial in Saint John, N.B. on Wednesday, Dec. 16, 2015. Oland is charged with second degree murder in the death of his father, Richard Oland, who was found dead in his Saint John office on July 7, 2011. Andrew Vaughan/CP

SAINT JOHN, N.B. — Lawyers for Dennis Oland have filed an appeal of his conviction on a charge of second-degree murder for his father’s death.

The appeal alleges the trial judge made multiple errors in his instructions to the jury, and cites his decision to admit certain pieces of evidence including some cell phone records and the results of forensic testing on Oland’s brown sports jacket.

They also allege that the Crown prosecutor speculated on a number of points during his address to the jury without questioning the accused on those points during cross-examination.

Oland was found guilty in December of killing Richard Oland in his Saint John, N.B., office in July 2011.

The well-known businessman had suffered 45 blunt and sharp force blows to his head, neck and hands, although no weapon was ever found.

During the trial, the Crown focused on potential motives that included Dennis Oland’s financial difficulties and the knowledge his father was having an affair.

The defence has also made application for Oland to be released from jail pending his appeal.

Lawyers will seek bail on Feb. 12, the day after Oland’s sentencing hearing.