Saunders will succeed Chief Bill Blair, who is retiring at the end this week. 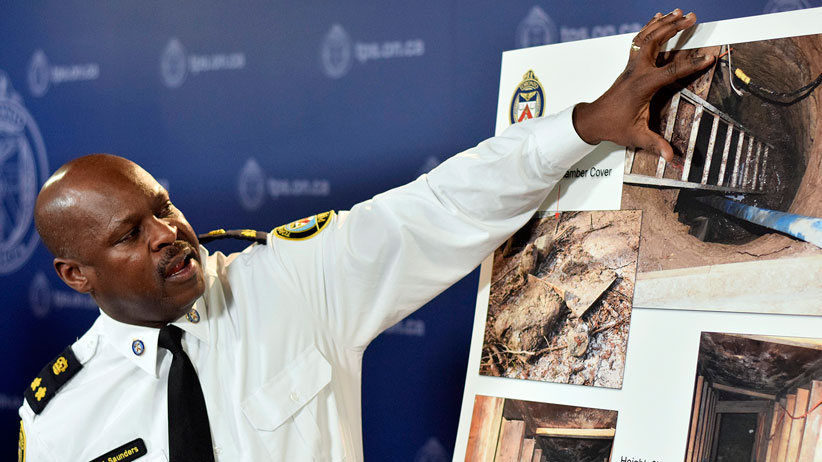 TORONTO — The first black man chosen to lead police in Canada’s largest city says the historic implications of his appointment only sank in after hearing it from his 10-year-old son.

“It resonated with me when I told my son and he said to me, ‘You know, Dad, that’s history and that’s something they can never take away from you,'” Mark Saunders said Monday in a news conference.

“If it offers any hope to anybody that is a person of colour that feels that this gives them hope, then I’m glad that it does.”

Saunders, who’s been with the force for 32 years, said relations with the community determine whether police succeed or fail, and stressed that public trust is “very important” to him.

Visible minorities — specifically black youth — have complained they are frequent targets for the stops.

Saunders will also feel pressure to rein in a budget of more than $1 billion.

Saunders, who is the current deputy chief, is currently in charge of Specialized Operations Command where he oversees 1,200 police officers and 154 civilian members.

He is the co-chair of the Canadian Association of Chiefs of Police Organized Crime Committee and, according to the TPS website, participates as a mentor for the Black Community Consultative Committee.

He is also the TPS’s executive sponsor of the Toronto Pan Am/Parapan American Games, responsible for safety and security, and he’s credited with establishing the Toronto police department’s cybercrime unit.

Saunders had been considered one of two frontrunners for the job of Toronto’s top cop.

He will take over from Chief Bill Blair, who retires later this week.