Diplomacy 101: How to make sense of official Ottawa 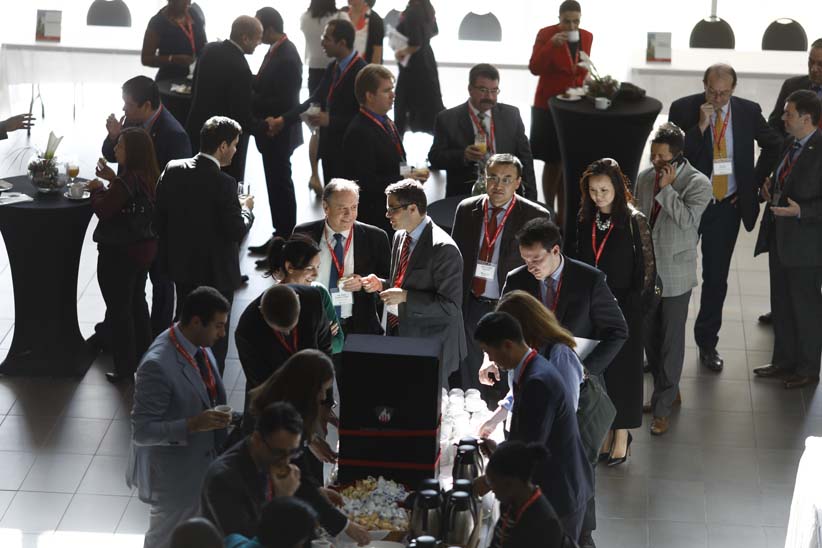 It was all a bit like frosh week for the diplomatic corps—just a lot more somber, and sober, and with less chanting. Which is to say, no chanting at all.

New ambassadors, high commissioners, attachés and embassy staff gathered at Carleton University on Thursday for an orientation meant to acquaint them with the workings of Ottawa, both official and unofficial. Names and national affiliations were printed on cards dangling from lanyards around each neck, and people cast furtive glances at the name tags from time to time in an attempt to size up who was who among the new class.

When there was a coffee break, a couple of diplomats took selfies together, and everyone drifted in and out of small conversational knots, distributing and collecting business cards like pocket change. This was the sixth annual such event hosted by Carleton. Among the 135 people from 60 countries who had registered, some had been in Ottawa for months but just missed last year’s orientation, while others were fresh arrivals who had yet to survive an Ottawa winter. There were, of course, several ominous jokes about that.

Geoff Regan, the Speaker of the House of Commons, kicked off the day with a welcome speech, but when he opened the floor to questions, noting, “Usually the one thing the speaker doesn’t do during question period is answer questions,” he got only nervous silence in response. As the day wore on, the participants loosened up and lobbed questions at the speakers. That is when the diplomatic equivalent of that most maddening of undergraduate species emerged: the person who asks multiple essay-format questions, oblivious to the impatient rustling around them, until someone gives them the hook.

Beverley Isles, assistant clerk in the House, walked through the workings of Parliament in a session that was as information-dense as a semester-long civics class compressed into 15 minutes. “Those of us who have been on the Hill for any amount of time, we sort of become parliamentary procedure junkies,” she said. “It’s an odd job, but a great one.” She ran briskly through the geography of the House, the work of committees and the process of making laws. But when the Ukrainian ambassador, Andriy Shevchenko, asked about the legislative progress of his country’s free-trade agreement with Canada, Isles blanched and said that was a political question and not a procedural one.

Shevchenko said later that he’s been in Ottawa for eight months, along with his wife and 12-year-old daughter. He’s found himself “in love” with Canada—which he had never visited before being named ambassador—for its respectfulness and quiet peace, especially given the strain in his homeland over Russian aggressions. A former journalist and member of the Ukrainian parliament, Shevchenko found the orientation useful, and he was going to recommend his embassy staff attend next year. “Many of us, especially when you’re in such a position of being an ambassador or member of parliament or some other kind of special position, we tend to overestimate our knowledge,” he said.

A panel of three MPs had the cheerfully cocky mood of upperclassmen regaling frosh with their battlefield stories. But under the punchiness, the low hum of partisan tension could be heard.

Andrew Leslie, the government’s House whip, said his job “is to fix problems and make things happen,” adding, “There’s a reason why I sit directly behind the Prime Minister in the House of Commons, and that’s if there’s any really unpleasant issue, he just reaches over his shoulder, passes me a little note and I get to work.” Leslie otherwise painted a cuddly and appreciative portrait of the jockeying in the House, saying it’s all about negotiation because his government’s 12-person majority evaporates quickly when people are on the road. He also touted the fact that his party “voluntarily gave up” its majority on the electoral reform committee.

NDP MP Hélène Laverdière later “respectfully” took exception to both of those ideas, noting that MPs are generally paired up when they travel so as not to tilt the balance in the House, and asserting that it was in fact her party that forced the rejigging of the committee. Conservative MP Randy Hoback chimed in, explaining that when his party was in power, they always brought matters of foreign engagement to the House for debate, but ultimately, having the numbers on your side gives a government a lot of power. “We had a majority, so we won the vote—I’m not going to lie,” he said. “To say that we negotiated: when governments decide they’re going to do something, they don’t negotiate, they just vote. And they vote by standing up and saying, ‘This is the way it’s going to go.’”

As the day went on, a few moments revealed the limitations of a quick crash-course in the workings of official Ottawa. One diplomat stood to ask about censorship and how Canadian media handle the “grey area” of uncovering stories that would make the country look bad. Later on, Perrin Beatty, president and CEO of the Canadian Chamber of Commerce, answered a question on free trade by offering his opinion that the Liberal government is “ragging the puck” on the Trans-Pacific Partnership until they see what happens with the U.S. election. Even with Beatty’s explanation that this is a Canadian hockey term for biding your time, the puzzlement hung over the room like a fog. Maybe after their first full Ottawa winter, it will make more sense to the freshman diplomats.