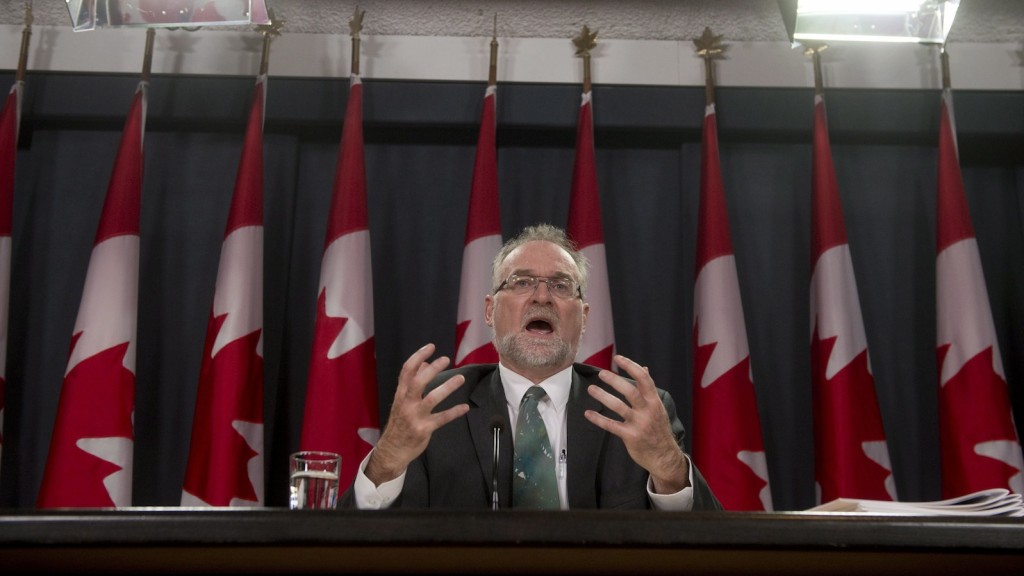 OTTAWA — Sen. James Cowan, the Liberal leader in the Senate, is confirming he is among the senators named in auditor general Michael Ferguson’s forthcoming audit of expenses.

Cowan says he is having a “respectful disagreement” with Ferguson over travel expenses from 2011 that total “a little over” $10,000.

Sources familiar with the audit tell The Canadian Press that government leader Sen. Claude Carignan and Senate Speaker Leo Housakos are also among 21 senators whose expenses have been flagged by the auditor general.

Spending by another nine senators has been deemed egregious enough to warrant investigation by the RCMP.

Senators are bracing for an avalanche of criticism — much of it from MPs — when the findings of the unprecedented, two-year comprehensive audit are tabled next week.

Cowan confirmed that he is among those whose expenses have been flagged, although he insisted the expenses were incurred in the course of doing government business.

“I just want to confirm that I am named in the report,” Cowan said Thursday.

“I have a … respectful disagreement with the auditor general over some travel expenses that I incurred in 2011. They total a little over $10,000.”

He said they were all properly supported and documented. It wasn’t immediately clear why they have been cited by the auditor general as problematic.

“Those claims relate to trips that I undertook as part of my duties as a senator to deal with issues I have spoken publicly about and have introduced bills in the Senate to deal with,” Cowan said.

“I submitted the claims in 2011 on Senate forms. They were properly supported by all of the invoices and boarding passes and all that sort of thing. They were processed by the Senate administration. The claims were paid. No further information was requested.”

With the firestorm whipping up around the audit’s imminent release, senators — many of whom are now being forced to account for spending on postage stamps and paper clips — say members of Parliament should be subject to the same scrutiny.

Some say MPs have no right to judge the Senate when they’re not willing to open their own books to the same degree of scrutiny.