Does pot make you productive or lazy? - Macleans.ca 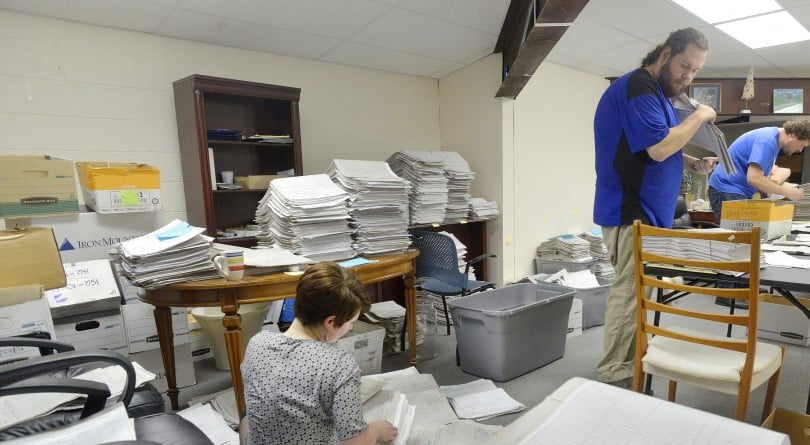 Staff and volunteers for the marijuana legalization campaign are sorting petitions at their office in Falmouth, Maine. (Photo by John Ewing/Portland Press Herald via Getty Images)

“I’m not a regular smoker of weed,” said Elon Musk, the Tesla founder, while puffing on a joint, in his now-infamous interview on The Joe Rogan Experience. “I don’t find that it is very good for productivity.” Released in early September, the interview sent shockwaves rippling through the business community. Tesla’s stocks plummeted, losing more than six per cent of their value in a single day after the interview became public.

But a month before, in August, Vancouver-bred actor/director/producer Seth Rogen spoke about marijuana’s positive impact on his work on an episode of Dax Shepard’s podcast, Armchair Expert. Rogen said that marijuana is “something, honestly, that has facilitated a lot of my functionality, which I would argue was quite high throughout the majority of my life,” Rogen said.

In the lead-up to legalization, you’re likely to hear about how certain strains of “clear” sativa or how “micro-dosing” can help enhance focus and creativity, rather than send you crashing on the couch with a case of the munchies.

That’s not the case for everybody. A 2017 study from the University of Connecticut entitled, “The marijuana policy impact on labor productivity” revealed “a statistically significant decrease in labour productivity of about 1.3 per cent in the year following marijuana policy shifts, but the effect is not consistent across sectors, with some showing concentrated impacts and others showing none.”

Construction was the sector most affected—with a five-per-cent decrease in productivity—following legalization or decriminalization. However, the study also indicated there was no significant decrease for workers in mining, arts, entertainment, and recreation, or accommodations and food service.

Can you be impaired and productive at the same time while on the job?

Jan Chappel is a senior technical specialist at the Canadian Centre for Occupational Health and Safety. She helped draft a white paper, “Workplace strategies: risk of impairment from cannabis,” in anticipation of Oct. 17. The 35-page document was produced to assist employers in addressing questions and issues related to cannabis use. “One of the biggest revelations was how prevalent cannabis use is already, regardless of legalization,” she said. “There’s a bit of an onus on workplaces to do that education and training with their employees to let them know, ‘These are the effects of cannabis and this is how it will affect your safety and health.’”

During Chappel’s research, it became clear the focus of the conversation should not be so much cannabis itself, but various forms of impairment—alcohol, fatigue, prescription drugs, and life stresses—and how they affect workers. “There are a lot of assumptions out there,” she said of marijuana’s impact on the workplace. “I suspect we’re going to see a lot of studies come out in the next few years. Pro, con, in the middle: it all seems to depend on how (people) use it and how much they use. Not all cannabis is the same. There are different levels of the THC that causes impairment. You can get the CBD oil by itself, which has little impairment effect. It’s going to open up more awareness and questions as research comes out.”

Chappel stressed that just because a substance is legal, whether it’s alcohol or cannabis, does not mean you can be impaired at work.