Dr. Ellen Wiebe: 'We should all have the right to die at our own choice' 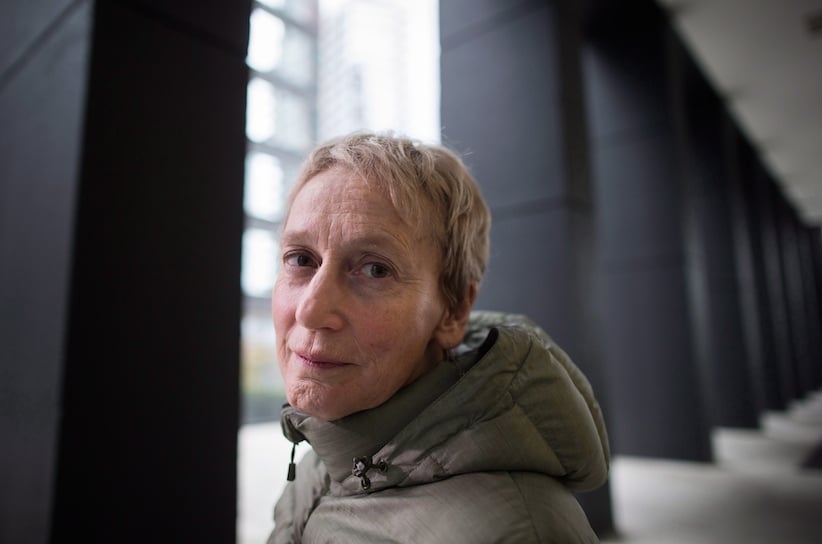 VANCOUVER — For 40 years, Dr. Ellen Wiebe has been fighting for choice.

At a time when providing abortions meant death threats and violent attacks on her peers, she spearheaded clinical trials of a pregnancy-termination pill. Now, as the country debates assisted death, she has performed what’s thought to be the first legal procedure outside of Quebec.

“(These issues are) just really important to me,” she said in a recent interview in her bustling women’s clinic in Vancouver. “The choice over your reproduction is just crucial.

“The right to die is another thing I’m passionate about. We should all have the right to die at our own choice, and I will put in the effort and take the risks.”

On Feb. 29, Wiebe was by the side of a Calgary woman with ALS when she died. The woman, identified in court documents as Ms. S, won a legal exemption to receive assisted death, but she had to fly to Vancouver because she couldn’t find a local physician to help her.

Related: Grappling with the hardest questions around assisted suicide

It was a situation Wiebe foresaw last fall, when she learned that many palliative-care physicians were not planning to offer assisted dying. It struck her that although the law was set to change, there might not be doctors available to provide the procedure.

“That’s so much like abortion, where you have a legal right to a medical procedure but you don’t have access unless you’ve got providers,” she said.

She and a colleague set about preparing for Feb. 6, the original deadline the Supreme Court gave the federal government to come up with assisted-dying legislation. The court later granted an extension until June 6, but patients can seek exemptions from a judge in the meantime.

Wiebe spoke with assisted-dying providers in Oregon and the Netherlands to learn first-hand. She now knows how to have conversations with people who are considering ending their lives and how best to use lethal medications.

She said most family doctors are familiar with end-of-life care and wouldn’t require much training. While some physicians have expressed reservations about how assisted dying squares up with their oath to do no harm, Wiebe sees no contradictions.

Related: In lieu of flowers, write your MP

“My job is to help them have a good life and a good death by their standards, not by mine or anybody else’s.”

But Larry Worthen, executive director of the Christian Medical and Dental Society, said doctors in his organization are struggling with impending legalization. He said he’s concerned Canadians haven’t thought carefully about the implications.

“If society thinks that assisted death is a virtuous thing, that you’re saving money for the health-care system, you’re saving your family from grief … how long before it starts to become an expectation?”

Most members of the Canadian Society of Palliative Care Physicians do not want to provide assisted death, said executive director Kim Taylor.

“If you look at the World Health Organization definition of palliative care you’ll see it states ‘neither hastens nor postpones death,”’ she said. “There must be a ‘safe’ place for the majority of patients who do not want a hastened death.”

Those who know Wiebe aren’t surprised she has taken on the cause.

“She really is fearless in her advocacy,” said Dr. Wendy Norman, assistant professor in the Department of Family Practice at the University of British Columbia. “She places herself as a target because she can be seen, and so much of the care for women and for vulnerable people is not seen in that way.”

Wiebe speaks with a sense of urgency inside her cramped office. The reason she’s “going public,” she said, referring to her recent media interviews, is to persuade other doctors to stand up and say they will provide assisted death.

“And they are doing it,” she said excitedly.

The number of doctors willing to offer assisted death is growing, she said, and she’s asking more to come forward to Dying With Dignity Canada, the national advocacy organization.

But helping people die also requires the co-operation of nurses and pharmacists, and Wiebe expressed frustration at regulatory colleges that have advised members of those professions to seek legal counsel before participating in assisted death.

Looking ahead to June 6, she said she hopes the government creates a compassionate legal model that isn’t too sterile, allowing people to choose whether to take medication themselves or have it administered by a doctor, and to die in their setting of choice.

Wiebe said she hasn’t gotten any threats because of her work on assisted dying, but those she received as an abortion provider only hardened her resolve.

“Death threats are terrorist acts, which are meant to scare you and make you stop working,” she said, dismissing the idea with a laugh.

“And that makes me want to fight and not be scared.”