For the record, a transcript of Ed Broadbent's prepared remarks for the opening of the NDP's Progress Summit 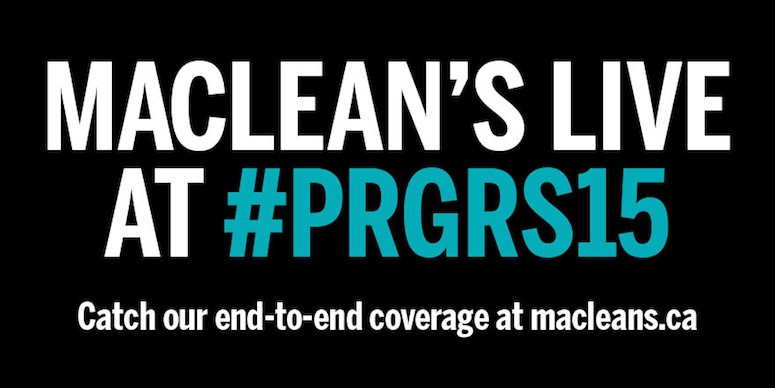 Watch our live coverage from the summit by following this link.

For the record, prepared remarks for Ed Broadbent’s opening address to Progress Summit 2015 on March 27 in Ottawa:

In a country as vast and complicated as ours, any movement in order to be successful needs diversity. It needs to reflect the priorities of communities right across Canada. It needs to be relevant both inside and outside Parliament. It needs to honour its past successes but constantly reinvent itself for the future.

The great American suffragette and author Alice Paul observed that movements are like a mosaic: individually we’re each but one little stone, but taken together we’re a vibrant and coherent whole.

We at the Broadbent Institute take seriously our catalytic role in the social democratic movement.

Many of you participated in the Training Day programming yesterday with the wonderful Hahrie Han, Bob Master and the New Organizing Institute. Over the past year our training programs have measurably improved the skills of thousands of key progressive activists in every corner of the country.
Our widely read PressProgress website has become an irreplaceable source of hard-hitting progressive news and analysis. It was PressProgress this month that broke the story of the xenophobic views of a Conservative MP telling Muslim women to “stay the hell where they came from” if they wanted to wear the niqab. PressProgress will continue to shine light into the dark corners of our politics.

The Institute’s research also revealed income splitting and the doubling of TFSA limits to be regressive and costly policy disasters. More recently, with the Atkinson Foundation, we released a paper on the critical role public investment plays in innovation and green growth.

Finally, in a landmark study this past winter, the Institute released new data showing the glaring gap between what Canadians want as their ideal distribution of wealth, the unequal situation they think we have, and the stark reality.

The data are absolutely clear: Canada has become a vastly unequal country.

Since we last met 12 months ago, the progressive movement has had some successes to celebrate: Significant victories took place at the Supreme Court on the rights of trade unions and dying with dignity. Beating back a far-right anti-worker agenda in the Ontario election. A country-wide resurgence of the carbon pricing debate. The election of Mayor Gregor Robertson in Vancouver. To name but a few.

On many key issues, however, we remain stuck as a country. More often than not, this is because of action or inaction by the Conservative federal government.

Consider Bill C-51. In a recent article in the Globe and Mail, Roy Romanow and I, accompanied by almost every law professor in the country, criticized C-51. We made the case that not only will it be ineffective to combat terrorism, not only does it threaten our civil rights, but most serious of all, it places the very protections guaranteed by the Charter of Rights and Freedoms under the shadow of wider powers to interfere with lawful and legitimate conduct.

 I worked hard with Pierre Trudeau between 1980 and 1982 to create what is possibly the best Charter of Rights in the world. I never thought I’d see the day would back away from its defence.

Let’s turn to the economy. Mr. Harper likes to boast about his economic record. He thinks it’s a plus. Well, let’s take a look at that record.
Between 2006 and 2014 the proportion of working age Canadians with a job – any kind of job – fell from 62.8 per cent to 61.4 per cent.

Of the total increase in jobs between 2006 and 2014, one in three of these new positions were only part-time, and four in ten were in the lowest paid occupational category of sales and service workers.

Because good jobs have been scarce outside the resource boom provinces, real wages increased by a grand total of just 3.5 per cent over the six years between 2006 and 2012 – or by less than 0.5 per cent per year. And in BC and Ontario they actually fell by 2.4 per cent in BC and by 1.7 per cent respectively.

There has been no recovery in manufacturing employment since the Great Recession, and Canada has run a large trade and current account deficit despite the growth of crude oil exports. Our productivity performance has been dismal compared to the United States.

I want to say clearly that Canadian progressives have not one job to do this election year, but two.

Yes, we need to defeat bad Conservative ideas. But we also need to ensure that it is progressive ideas and policies that take their place.

The theme of this conference is “Building a Better Canada.” Because I believe that building needs to be our mission.

Simply preventing further erosion is not good enough. We need to move our country to a new and better place.

Canadians deserve better than a new federal government that, while perhaps being a bit more polite, continues to make inadequate decisions.

Take environmental policy, for instance. Yes, it’s true that the Harper government has burned any semblance of proper federal regulation to the ground. No effective fisheries protection. No effective environmental assessment. Carte blanche for oil companies to trample community and First Nation’s interests.

The reality is, though, that the environmental legislation that Mr. Harper destroyed wasn’t that great to begin with. For years prior to Mr. Harper’s election, Canada was bottom of the barrel in terms of international rankings of environmental performance.

So do we aspire to recreate the failed policies of the past, or is it time to give Canada a modern framework marrying environmental and economic imperatives in a new and mutually reinforcing way.

My friends, it’s not good enough to simply reject the Harper government’s ludicrous pitting of environmental versus economic interests. We need new 21st Century federal leadership to ensure greener prosperity for all. And we need it now.

It’s not good enough to stop inequality from getting worse. We need to create good and well-paid new jobs. We need to finally end the scourge of child poverty and create a national childcare programme.

It’s not good enough for us to stop C-51 and the erosion of our cherished freedoms. We need to create new enthusiasm in our democracy and ensure more citizen participation in our country’s decision-making.

As I said, election years are about choices. And Canadians this year will have some important choices to make.

Tommy Douglas, the founding leader of the NDP, once said that “The greatest way to defend democracy is to make it work.” I agree.

This Summit, more than anything else, is our contribution to democracy.

Over the course of the next two days, let’s learn from each other. Let’s debate the best way forward. Let’s draw energy from old and new friends alike.
And let’s emerge from this weekend united and clear on what we’re demanding from ourselves and from one another to move our country forward in this crucial election year.

Thank you for your attention! Enjoy yourself.