In the news today: Notley in B.C., the PM in Shoal Lake, Bombardier meets its shareholders 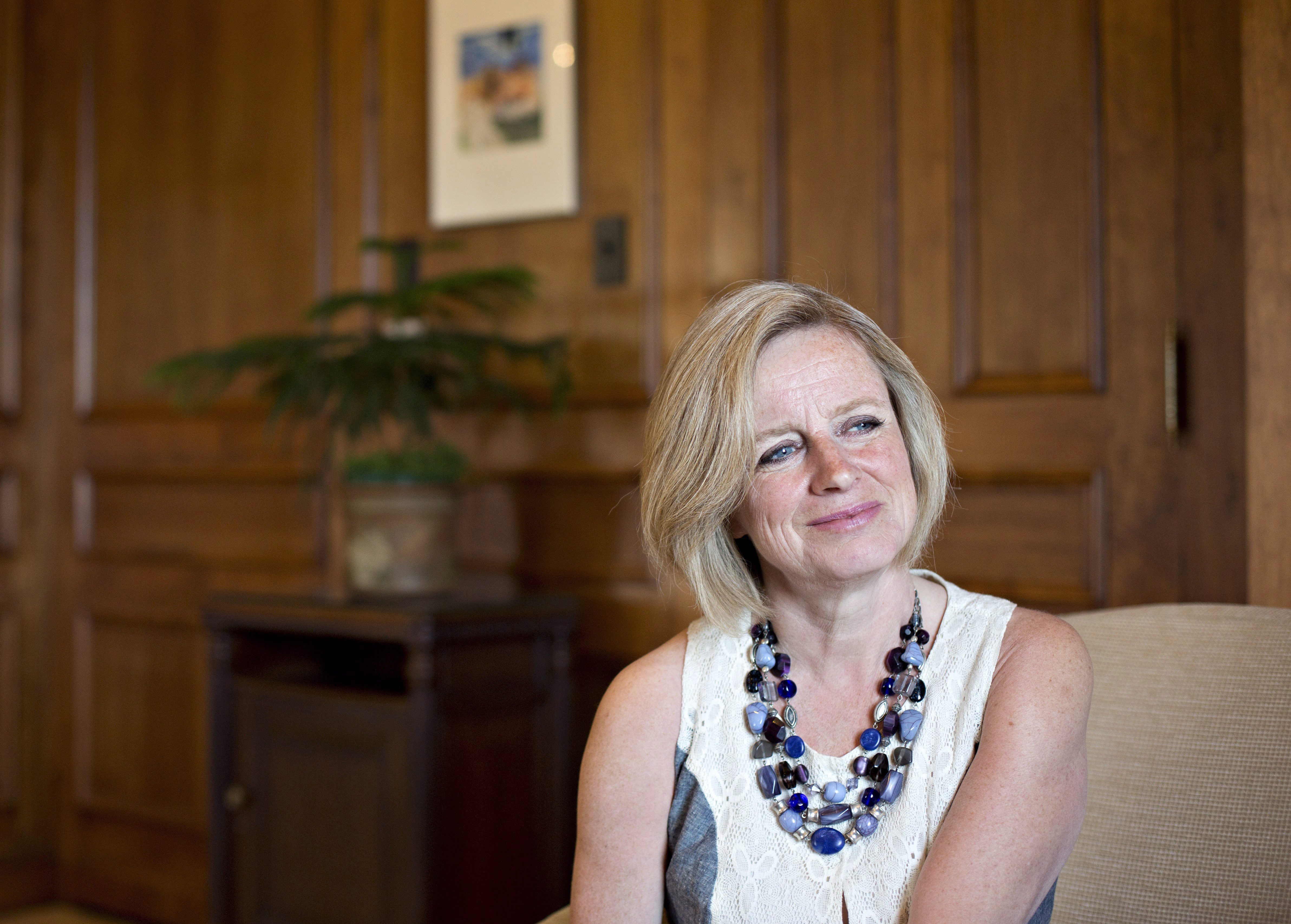 Alberta Premier Rachel Notley began her campaign to rehabilitate the reputation of her province’s oilsands in the United States, where it was battered by the debate over the Keystone XL pipeline. Rachel Notley walked a Washington audience through the climate-change measures taken by her new NDP government; she also described her province as home to nature-lovers who care about the environment and about being good global citizens. Read more here.

A Coroner’s jury is expected to release a report today into the death of a seven-year-old Toronto girl killed by her guardians. Katelynn Sampson was found dead in 2008 after one of her guardians called 911 claiming the child had choked while eating. Donna Irving and Warren Johnson pleaded guilty in 2012 to second-degree murder and are serving life sentences.

Prime Minister Justin Trudeau hauled jugs of drinking water and spoke with school children Thursday as he visited an isolated reserve that has been under a boil advisory for 19 years. He spent seven hours on Shoal Lake 40 First Nation _ a man-made island near the Manitoba-Ontario boundary, cut off from the mainland a century ago during construction of an aqueduct that carries fresh water to Winnipeg.

A ruling is expected today in a case involving a few cases of beer. New Brunswick man Gerard Comeau is fighting a $292.50 fine he received for buying 14 cases of beer and some liquor in Quebec. Police said the purchase violated a section of the provincial liquor act that prohibits people from having more than 12 pints of beer not purchased in a New Brunswick liquor store. Comeau’s lawyers say the rule is unconstitutional.

The meningitis death of a 19-month-old Alberta boy who suffered while his parents treated him with home remedies is calling attention to the duties of those who know about child abuse or neglect, but don’t report it. Under Alberta law, anyone with such knowledge must report it, and those who don’t can be fined up to $2,000 or jailed for up to six months. However, a Justice Department spokesman admits charges have never been laid under that specific section. Read more here.

Statistics Canada will update the gross domestic product by industry for February and industrial product/ raw materials indexes for March.