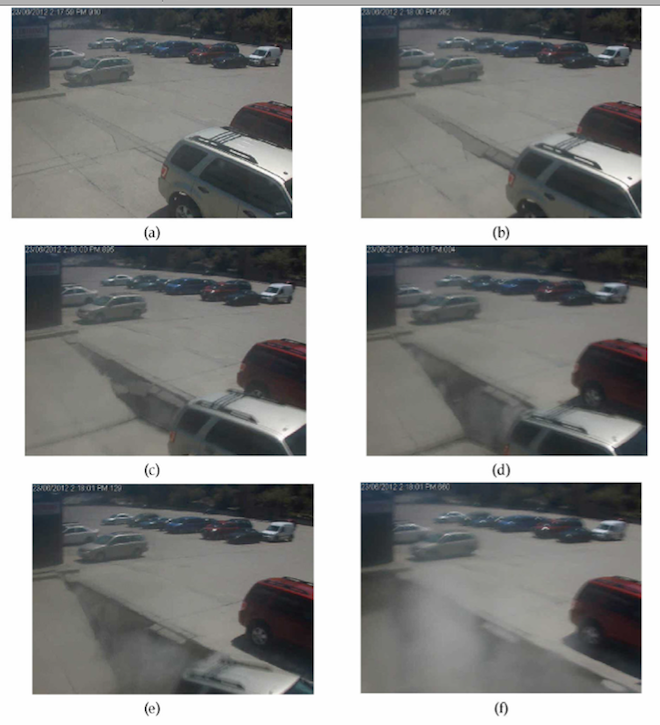 In the end, the weight of a single car was enough to bring down a massive chunk of the rooftop parking lot. “The last straw,” according to a team of engineers who investigated last summer’s deadly shopping mall collapse in Elliot Lake, Ont.

A public inquiry into the Algo Centre cave-in that killed two women and injured 20 others has just begun, with early testimony focused on the original construction more than three decades ago. But one crucial fact—the specific, scientific cause of the catastrophe—is now clear, thanks in part to a chilling surveillance video that captured the implosion. “The trigger of the collapse on June 23rd, 2012 is quite evident,” concludes a 700-page report from NORR, a global engineering firm that conducted a forensic investigation for the Ontario Provincial Police. “The evidence of this is overwhelming.”

The expert conclusion? Decades of water damage had so corroded the weld on one particular steel connector holding up the concrete slabs that it couldn’t even withstand the pressure of a passing vehicle. Just seconds after it drove by, the roof crumbled.

According to the report, one of hundreds of exhibits already filed at the public inquiry, the main culprit was a rusty steel beam that ran directly above the mall’s second-floor lottery kiosk, ground zero for the eventual collapse. Both ends of the horizontal beam were bolted to steel connectors, which were then welded to structural columns protruding from the floor. From a strict engineering perspective, it was a sound design that met all necessary building code provisions.

Click here to hear Friscolanti talk about the inquiry.

But in practice, the mall’s rooftop parking deck proved to be an utter disaster, plagued by years of incessant leaks that allowed salty slush and rain to seep through the concrete and slowly corrode the steel below. In fact, the weld that eventually failed was so worn by water that engineers still aren’t sure how it stayed together as long as it did. “The collapse was initiated when the welded connection between the angles and the column flange failed,” the report says. “By the day of the collapse, the welded connection had been so heavily depleted over years of corrosion that the passing car was the last straw that the connections could take.”

A security camera recorded the car as it drove over the doomed weld that Saturday afternoon. Ten seconds later, at 2:18 p.m., the connection buckled, sending thousands of pounds of concrete—and a parked Ford Explorer—crashing down on two unsuspecting women: Lucie Aylwin, a 37-year-old bride-to-be who was working weekend shifts at the kiosk to help pay for her wedding; and Doloris Perizzolo, 74, a widower and food-court regular who loved her scratch tickets.

The video has not been released yet, but the engineers’ report does include six horrifying snapshots. “The nature of the failure was sudden,” the report says, “and the duration of the collapse lasted only one second.” By the time anyone could react, it was over. 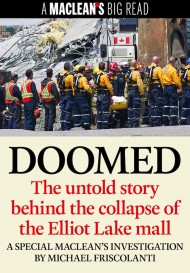 Michael Friscolanti spent months chronicling the events that contibuted to the tragedy at the Algo Centre. His findings appear in our new ebook: Doomed: The Untold Story Behind the Collapse of the Elliot Lake Mall, which is available here.