A public inquiry into last summer’s fatal mall collapse in Elliot Lake, Ont., is only a few days old—and the revelations are already shocking. Shoddy workmanship. Crooked columns. A waterproofing system for the rooftop parking lot that was anything but. Before the mall even opened for business, it was destined for a tragic finish.

Over the next few months (and perhaps right through the summer, depending on the evidence), Commissioner Paul Bélanger will try to uncover the full truth: why did two women have to die that sunny afternoon, and why did it take specially trained rescue workers so long to reach them in the rubble?

So far, hundreds of exhibits spanning three decades have been tabled at the inquiry—including thousands of never-before-seen photographs either snapped or seized by investigators with the Ontario Provincial Police. Below is a slideshow of some of those chilling photos.

Click on the right of the image to take you to the next slide: 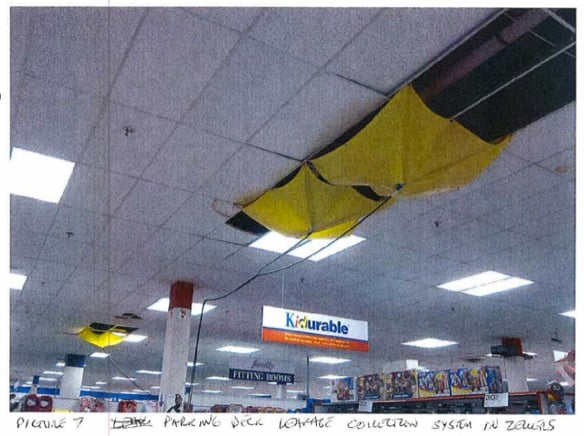 On April 12, 2012—10 weeks before the collapse—Robert Wood of M.R. Wright and Associates, an engineering firm in Sault Ste. Marie, Ont., inspected the Algo Centre mall. Among the photos snapped that day was a shot of the elaborate drip tarp system in the Zellers ceiling. In their subsequent report to the mall’s owner, M.R. Wright said the steel beams below the parking deck were “still structurally sound.”

Michael Friscolanti spent months chronicling the events that contributed to the tragedy at the Algo Centre. His findings appear in our new ebook: Doomed: The Untold Story Behind the Collapse of the Elliot Lake Mall, which is available here.