Justin Ling: Ottawa is reappointing an expert panel—disbanded a year ago because it couldn't do its work—to study the unconstitutional use of solitary confinement in prisons 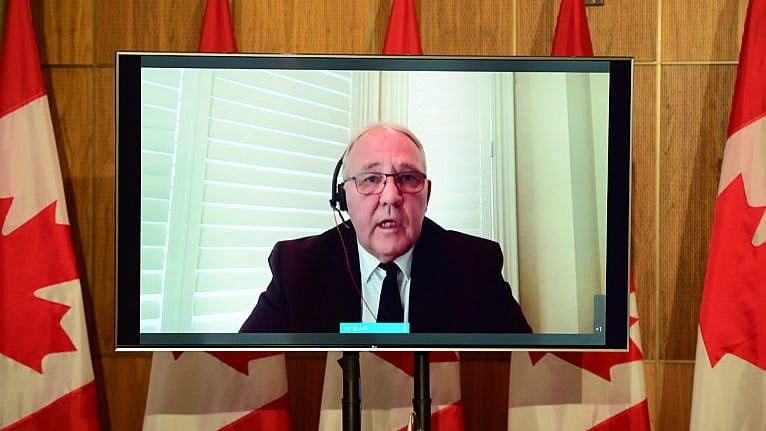 The Trudeau government is reappointing a panel of experts to study the use of solitary confinement in federal prisons, nearly a year after the panel disbanded—unable to do its work.

On Friday, Blair’s office announced it has appointed longtime prison watchdog Howard Sapers to lead the new panel, supported by former chair of the panel, criminologist Anthony Doob, and supported with staff and resources from Public Safety Canada.

“I will continue to work with the CSC Commissioner to ensure that the renewed panel will have the information, resources, and time necessary to fulfill its mandate,” Blair said in a statement.

After spending years fighting those challenges in court, the Trudeau government conceded, and vowed to end the use of solitary confinement altogether. It introduced legislation to replace the practise with Structured Intervention Units, designed to provide inmates with more supports and more time outside their cells.

When it was originally appointed, in the summer of 2019, the panel was asked to ensure that solitary confinement—placing inmates in cells, without meaningful human contact or time outside, for 22 hours a day or more for prolonged periods of time—had truly been ended.

The government appointed the advisory panel, led by Doob, to monitor the implementation of the new units.

But the volunteer panel disbanded in August 2020, without being able to answer whether these new units were truly any better than solitary confinement. It blasted Correctional Service Canada for blocking the effort to study the problem.

After VICE News published the leaked report, Blair promised he would reboot the panel and help it get the necessary information in a “timely manner.” That was last August. The panel has not existed since then—even amid waves of COVID-19 outbreaks inside federal prisons that saw inmates locked in their cells for upwards of 23 hours a day for weeks and months on end.

As Maclean’s reported last September, a major barrier to his work is that the prison agency was simply not collecting or studying the relevant data on the use of solitary confinement or Structured Intervention Units.

While the panel hasn’t existed since last year, Doob has continued his effort regardless—with some cooperation from the Correctional Service, enabled by Blair’s office, which ordered the prison body to produce the data necessary for the criminologist to complete his work.

In the past year, Doob has released three reports on the use of solitary confinement in federal prisons. He has found, using the Service’s own data, that one-in-10 inmates placed in these Structured Intervention Units met an internationally-recognized definition of torture.

His most recent report found that an independent oversight mechanism, designed to ensure that inmates weren’t being kept in these units indefinitely, was not always used. Doob found “105 cases in which the person stayed in the [Structured Intervention Unit] for at least 76 days (and in some cases more than 120 days) and there was no record of the case ever being sent to an [external review].”

Sapers has a history of taking on the federal government. In 2015, he was fired from his role as the Correctional Investigator, by the then-Harper government, for raising the alarm on the deplorable conditions inside Canada’s federal prisons.

In an interview, Sapers recognized that he has considerable work ahead of him and the new panel. “There’s a credibility hill to be climbed here,” he told Maclean’s.

At the same time, Sapers said he made specific demands from Blair and Correctional Service Commissioner Anne Kelly. “I’m not going into this naively,” he said.

Sapers and the new panel are armed with a mandate to make specific recommendations to the Service, and to demand timely responses from the prison agency. “We need to figure out how to make credible recommendations, but to hold their feet to the fire to ensure they’re implemented,” he added.

At the same time, he said Doob’s work over the past two years has made clear the scope of the problem, and the need to act. “I have no interest in simply restating the problem,” Sapers said.

The Service has suggested that prolonged stays in these Structured Intervention Units are as common as they are because inmates are choosing to remain in the units, often out of fear of remaining in general population. Sapers said that explanation isn’t good enough. “If you have the overuse of isolation—or you have the circumstance where inmates are choosing isolation over general population—that’s a symptom of a larger problem,” he said. “To simply rely on isolation is inappropriate—and I think that’s what the courts have found.”

Sapers is hoping to hit the ground running in the near future.

“If this is done right—and I hate to use the word, because it’s overused—it could be transformational.”