Talks have been limited by issues reconciling B.C.'s plans with Ontario and Quebec's 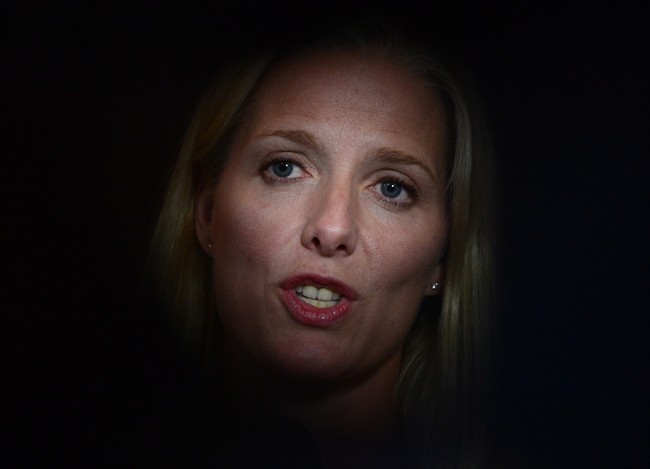 OTTAWA – A national price on carbon emissions appears to be no closer to reality as Canada’s environment ministers meet Monday in Montreal to begin hammering out a pan-Canadian climate plan.

Provincial ministers say a federal-provincial working group of officials that spent the summer looking at carbon pricing failed to reach a consensus on how to equate direct carbon taxes, such as British Columbia’s, to cap-and-trade carbon markets like the one Quebec is developing with Ontario.

And that’s set the talks back to a strict interpretation of last March’s Vancouver Declaration, where provincial and territorial leaders signed on to Prime Minister Justin Trudeau’s Paris climate commitments with an agreement to examine market mechanisms for carbon pricing within their own jurisdictions.

“That’s the key issue,” Quebec environment and climate minister David Heurtel, who is currently the chair of the Canadian Council of Environment Ministers, told The Canadian Press.

“This all started with the federal government talking about a national carbon tax,” said Heurtel.

That’s bold talk coming from a provincial Liberal government that should be considered an ally of federal Environment Minister Catherine McKenna, who has been deep in deliberations with her provincial and territorial counterparts all summer.

McKenna was emphatic during a recent trip to a climate conference in New York that either a direct carbon tax or a cap-and-trade market were the only viable options for provinces to price greenhouse gas emissions. And federal officials behind the scenes continue to talk a tough game, saying a pan-Canadian plan will be in place by year’s end and it will include pricing emissions.

McKenna chose not to inflame matters when she spoke with reporters outside the House of Commons on Friday.

“Everyone understands — and through the Vancouver Declaration, this was part of it — putting a price on what we don’t want, pollution, is something that’s important. So we’re going to have a good discussion (Monday),” said the federal minister.

Working papers from four groups of officials will be released Monday as part of the ministerial talks, dealing with climate adaptation, mitigation measures, clean technology investment and pricing mechanisms.

But for anyone hoping to see the clear outlines of a pan-Canadian plan when the meeting wraps up, “that may be a misplaced expectation based on where we are in the process,” said B.C. minister Mary Polack.

Polack said the environment ministers will “have a go at the reports” from the four working groups and feed their input to the first ministers for a meeting later this fall.

The B.C. minister, like Heurtel, said the working group did not reach a consensus on equivalencies between carbon taxes and cap-and-trade pricing.

“Really, this comes down to adding up how many megatonnes (of CO2 emissions) you need to reduce and finding ways to reduce them,” said Polack, who likened the process to financial budgets.

That measurement is more complicated than it seems, she said, since some provinces have already made big strides in curbing emissions and shouldn’t be penalized for not being able to cut more quickly now.

Next door in Alberta, the NDP government of Rachel Notley comes to the meeting asserting that its new provincial climate plan is ahead of the curve — notwithstanding Alberta’s historically huge emissions footprint.

“Our position is that Alberta has already sketched out our path through to 2018, 2019,” Alberta minister Shannon Phillips said in an interview.

“We have made a commitment that our economy-wide price on carbon will be $30 in 2018. I don’t anticipate that the federal government, in that short a period of time, will want to exceed that. What the following years will look like will be the subject of careful negotiation that ensures we have alignment among the provinces.”

But without measures of equivalency between various pricing mechanisms, provincial alignment may be a tough sell.

Ontario and Quebec officials have argued in the past, for example, that the hard emissions “caps” of their system translate into the same carbon reductions at between $15-$18 per tonne that B.C.’s carbon tax achieves at $30 — an assertion that economists have questioned.

Did the working group resolve those questions?

“The short answer is ‘no,'” said Heurtel.

Nonetheless, the Quebec chair of Monday’s meeting asserted that Ottawa has come around to accepting that each province will have to set its own policies, with the federal government also stepping up in areas of national jurisdiction such as interprovincial and maritime travel, cutting fossil fuel subsidies and national defence emissions reductions.

“We’ve seen over the past few weeks that the federal position on this seems to have evolved,” said Heurtel.

“It’s now more of a question of seeing that everybody pulls their weight.”