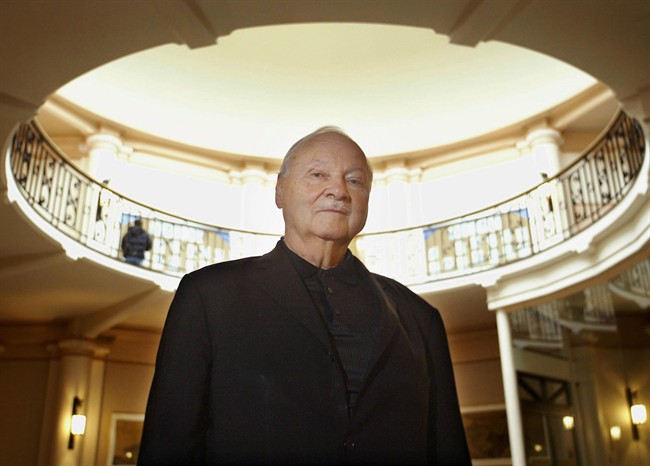 OTTAWA – Canadian businessman and environmentalist Maurice Strong, who served as the founding executive director of the United Nations Environment Program, has died at the age of 86.

Prime Minister Justin Trudeau issued a statement describing Strong as an “internationally recognized environmentalist and philantropist” who “used his remarkable business acumen, organizational skills, and humanity to make the world a better place.”

“On behalf of all Canadians, Sophie and I offer our deepest condolences to his family, friends, and colleagues,” his statement read.

There were no immediate details about where and when Strong died.

During his long career Strong held a number of posts with the United Nations, where he presided over the 1972 Stockholm conference on the human environment and the 1992 Earth Summit in Rio de Janeiro, both considered watershed moments in international environmental diplomacy.

He also held a number of high-profile posts in Canada, both in the fields of international development and in the oil and gas sector, notably as the president of the Power Corporation of Canada in the 1960s, and later as chairman and CEO of Petro-Canada.

In 1976, Strong resigned from that position to return to Canada as Chairman and CEO of Petro-Canada, prompting an editorial from the New York Times describing him as “the first official custodian” of the planet.

He was the named to the Order of Canada and was the recipient of numerous other honours including dozens of honourary degrees from universities around the world.

Achim Steiner, the UN Under-Secretary General and Executive Director of the UN Environment Program, described Strong as “a visionary and a pioneer of sustainable development,” who “made history by launching a new era of international environmental diplomacy,” as secretary general of the 1972 Stockholm conference.

“Strong will forever be remembered for placing the environment on the international agenda,” he said in a statement.

Prominent Canadian and global leaders took to Twitter to express their condolences on Saturday, many noting that Strong died just days before a major international climate change conference is set to begin in Paris.

Former U.S. Vice President Al Gore said the world is indebted to Strong for his “visionary leadership toward solutions for the climate crisis.”

“It is in no small measure because of Maurice that world leaders are meeting here in Paris this week to continue the journey of hope,” Gore tweeted on Sunday.