"The stakes are very high. The number of hours, literally, that it takes to take action will make the difference between life and death." 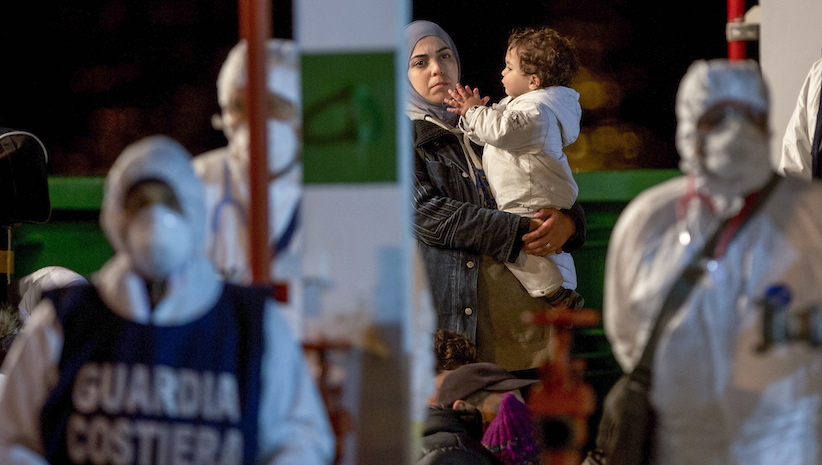 BRUSSELS – European Union leaders gathering for an extraordinary summit are facing calls from all sides to take emergency action to save lives in the Mediterranean, where hundreds of migrants are missing and feared drowned in recent days.

The leaders will examine a plan to respond to the crisis, after more than 10,000 migrants were plucked from seas between Italy and Libya in a week, and are widely expected to approve swift action.

EU President Donald Tusk urged the leaders from the 28 nations “to agree on very practical measures,” including “strengthening search-and-rescue possibilities, by fighting the smugglers and by discouraging their victims from putting their life at risk, while reinforcing solidarity.”

EU officials say the leaders will commit to doubling the size of the European border agency effort in the Mediterranean, but those operations are designed for monitoring migrant movements, not necessarily saving lives.

A senior EU official said they are also expected to give the green light for a pilot project to resettle around 5,000 refugees. The official, who is involved in preparing Thursday’s summit in Brussels, is not permitted to speak publicly.

That resettlement plan would amount to about half of those who have arrived in just the last week and a tiny fraction of the hundreds of thousands likely to arrive this year.

Amnesty International and Doctors Without Borders want a multinational rescue effort launched to help the thousands fleeing conflict and poverty from places like Syria, Eritrea and Somalia.

“The stakes are very high. The number of hours, literally, that it takes to take action will make the difference between life and death,” Iverna McGowan, Acting Director of Amnesty’s European Institutions Office told The Associated Press.

According to the UN’s refugee agency, 219,000 refugees and migrants crossed the Mediterranean last year, and at least 3,500 died trying. Perhaps 1,000 have already died this month alone.

Critics blame the increased deaths on the phasing-out of Italy’s big rescue operation in 2013-14, Mare Nostrum, which worked close to the coast of Libya – the biggest migrant transit route.

A smaller EU mission dubbed Triton was left to fill the vacuum, but it has no mandate for rescue work, although it does respond to distress calls under international obligations and has saved thousands of lives since its launch late last year.

Some lawmakers are concerned that the leaders may stump up rescue assets while the media spotlight is on their summit, but that commitments to solidarity could quickly fade away, as they have in the past.

“I fear that what will happen … is that they will try to water down a few of the points and the actual reason why they are meeting – to urgently seek solutions to what is happening today – will not be the focus of the deal,” Roberta Metsola, the leading EU parliament lawmaker on migration, told the AP.

Currently, five of the 28 member states – Italy, Greece, Malta, Germany and Sweden – are handling almost 70 per cent of the migrants coming in.

A key part of the action plan is to crack down on the people-smugglers operating off Libya and destroy their boats, to stop people sneaking into Europe.

The EU’s executive commission has floated the idea of a civil-military mission to do the job, but it faces many legal hurdles and has proved controversial ahead of the summit.

“I will ask for military action, because you cannot go to the Libyan coast with border guards,” said German EU lawmaker Monika Hohlmeier.

In contrast, Doctors Without Borders said that “fighting smuggling without offering alternatives will create more suffering. If there are no meaningful alternatives offered to people to reach Europe safely, people will take even more dangerous routes.”