Even as oil prices dropped, the Prairies grew

Alberta remains the fastest-growing province in the country at 11.6 per cent, with Saskatchewan a distant second at 6.3 per cent. Manitoba was third at 5.8 per cent. 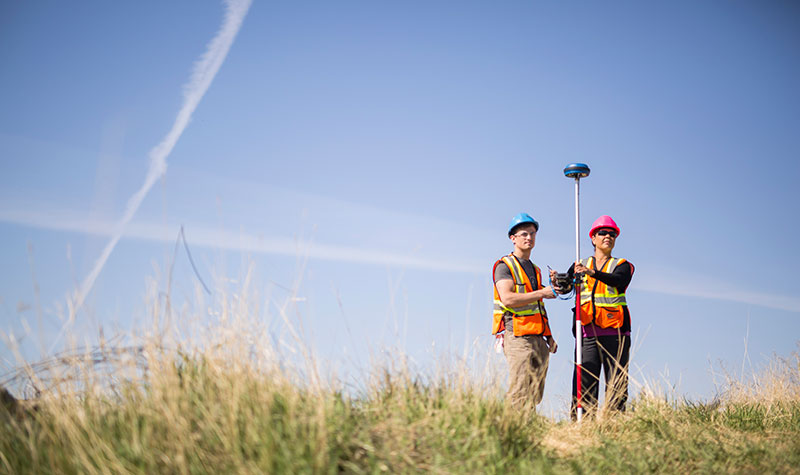 REGINA — At the peak of the last oil boom, there were so many people living in the southeastern Saskatchewan city of Estevan that there was nowhere to stay.

“We had people sleeping in trailers — sleeping in vehicles, if you can believe that,” recalled Estevan Mayor Roy Ludwig.

Then oil prices fell, drilling activity slowed to a crawl and Ludwig figures the community lost about 2,000 people, mostly transient workers. By last fall, Estevan had a vacancy rate of 27.6 per cent, according to the Canada Mortgage and Housing Corporation.

It’s much the same situation in Alberta, where big-city vacancy rates were in the single digits five years ago.

These days, about 37 per cent of rental houses and condominiums are sitting empty in Calgary, and the comparable rate in Edmonton is about 27 per cent, said Shamon Kureshi, president and CEO of Calgary-based Hope Street Real Estate Corp.

One wouldn’t know it from Wednesday’s release of the first tranche of data from 2016 census, this batch focused on population and dwellings. For the second straight census period, Calgary, Edmonton and Saskatoon topped the list of fastest-growing cities in Canada, with double-digit growth rates of 14.6 per cent, 13.9 per cent and 12.5 per cent, respectively.

Alberta remains the fastest-growing province in the country at 11.6 per cent, with Saskatchewan a distant second at 6.3 per cent. Manitoba was third at 5.8 per cent.

Growth in Alberta may appear strong, but population estimates suggested a slowdown over the last two years leading up to census day, thanks to declining oil prices.

Laurent Martel, director of the demography division at Statistics Canada, said Alberta has recently drawn fewer people from other provinces than it did during the oil boom.

And what to make of those towering vacancy rates? It’s probably got more to do with all the extra housing capacity that was built when the good times were at their peak.

“There’s been a huge building boom — particularly in Saskatchewan, but in Western Canada in general — and these builders are working on all eight cylinders or all 12 cylinders,” said Kureshi.

“But one of the things that’s happening and causing this sort of tidal wave of rental property, is that the new homes and the new condos and the highrises that these builders are constructing, aren’t selling because there’s just no money and no people to take them.”

People flocked to Western Canada when oil prices were high. Potash and uranium prices boosted Saskatchewan’s fortunes, too. Jobs were plentiful. Saskatchewan and Alberta both embarked on aggressive campaigns to attract workers from other provinces.

“Five years ago, if you walked into a coffee shop in Saskatoon or Regina, it would be very difficult not to hear, ‘Oh I just moved here from so-and-so, such-a-place,’ and all these people are moving there for jobs and opportunity,” said Kureshi.

The downturn notwithstanding, many people are staying “for the simple reason that the grass isn’t necessarily any greener” in other parts of Canada, he added — which explains why the growth rates have continued to climb.

Interprovincial migration has slowed, but the Prairies are clearly still growing, said Trevor Tombe, assistant professor of economics at the University of Calgary.

“We still have large scale international migration coming into Alberta,” Tombe said. “We still have a very high rate of natural population increase. We’re a pretty young population and so a lot of people are having kids, and we have fewer deaths here per capita than most other places as well.”

Commodity prices — oil and gas, potash, uranium — go up and down all the time, said Tombe, arguing that the sustained population increases in Western Canada should be seen less in economic terms and more in terms of broader trends defining where Canadians want to live their lives.

“We should really look at this as representing broader trends and a broad movement westward in terms of the average Canadian.”

Keith Willoughby, interim dean of the Edwards School of Business at the University of Saskatchewan, agrees that a drop in resource prices may not immediately correlate with a drop in population numbers.

“I think that’s because the 2016 census is going to pick up people who have moved to the province with the expectation of economic opportunity,” he said.

“My sense is that we’re still seeing the repercussions of a strong economy that we saw probably in the 2011 to 2014 period per se, so people will still be here. I think the most telling statistic will be what we’ll see in the 2021 census, because that, in the next five years, could really pick up sort of the impact of some of the lower times we’ve had as a provincial economy.”

Like Kureshi, Willoughby said he believes people will stick around.

“In the interim, in my mind, I see nowhere else that one would want to go. On an absolute scale, the situation here may be challenging, but it does provide the best basis for ongoing hope.”

Back in Estevan, the mayor says drilling activity seems to be slowly picking back up again with oil prices staying about US$50 a barrel.

“If we can sustain that, given what’s happening around the world, I think we’ll be happy,” said Ludwig.

“You’ll see the uptick in the oil economy to the point that we’ll get more people back in our city, back in our community, we’ll see some growth. But I don’t think you’re going to see what you would call a boom economy…I think it’s going to be more gradual growth in the future. That’s the way I see it.”