Pat Stogran had been told homelessness among veterans wasn't an issue 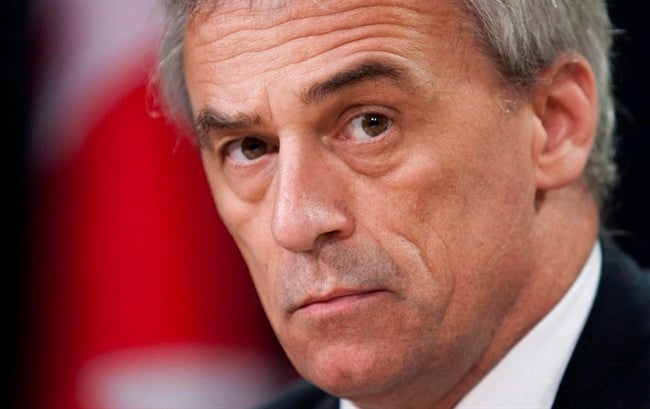 OTTAWA – Pat Stogran, Canada’s first veterans ombudsman, vividly recalls being hauled into the minister’s office one day in late 2008, where an angry, red-faced Greg Thompson — the veterans minister of the day — upbraided him for making public the issue of homelessness among ex-soldiers.

It was not an issue, Thompson allegedly told the extra infantry colonel, who had been selected for the watchdog post by a Conservative government eager to demonstrate that it was the best friend of the troops.

The encounter, chronicled in Stogran’s book Rude Awakening: The Government’s Secret War Against Canada’s Veterans, was the beginning of the end of the rapport they’d enjoyed. And it eventually led to the Harper government not renewing Stogran’s position in 2010.

Stogran says he tried unsuccessfully throughout his mandate to get the former Conservative government to recognize that homelessness among ex-soldiers was not only an issue, but a growing concern.

“They weren’t going to do anything unless they got hit in the head with a hammer,” said Stogran, who indicated the reluctance to acknowledge the problem extended to the veterans department as well.

What got him in trouble was the high-profile visits he made to homeless shelters across the country, where in 2009 — despite being chewed out — he began asking staff to collect data on whether shelter residents had any military service.

That data didn’t make its way into the national registry in a co-ordinated way for five years.

“I’m gob-smacked it took until 2014 for them to actually pick up on it,” Stogran said in an interview with The Canadian Press.

Last week, Employment and Social Development Canada released a report to The Canadian Press that estimates 2,250 former soldiers — about 2.7 per cent of the total homeless population — use shelters on a regular basis.

Some groups, such as the Royal Canadian Legion, say they believe the estimate is too low and point to the fact that a Legion outreach program has dealt with 425 homeless ex-soldiers in Ontario alone since 2009.

The current veterans ombudsman, who worked for Stogran, says he also recalls the former government balking at the notion that veterans were — for one reason or another — ending up on the streets.

“There was some argument with the minister at the time whether it was an issue. Obviously it is,” Guy Parent said last week, reacting to the social development report. “Even one homeless veteran is too many.”

Thompson was actually quite vocal in dismissing Stogran, telling The Canadian Press in a 2009 interview that his ombudsman produced no evidence of such a problem.

“He’s never taken down one name of the homeless veterans that he’s met. That is just beyond the pale,” he said in May 2009.

“Why hasn’t he forwarded those names to Veterans Affairs Canada, knowing full well we have the programs there to help them? Why would he be so insensitive to veterans as to not provide those names? It makes absolutely no sense.”

The force of his argument may be somewhat diminished given that 2007 briefing notes, obtained by The Canadian Press under access to information, warned Thompson that the issue was something the Army, Navy and Air Force Veterans in Canada wanted to talk to him about at the organization’s annual meeting in May of that year.

“There have been a number of reports over the last year of people identifying themselves as veterans accessing food banks and homeless shelters in Alberta,” said the May 10, 2007 note.

A few months after that interview, in November, Thompson introduced a trial outreach program meant to identify ex-soldiers on the streets.

Parent noted that the veterans department is working with an outreach group to combat the problem. And Kent Hehr, the new Liberal minister, told CBC Television’s Power n’ Politics last week that his ministry is working aggressively to reverse the trend.

But Stogran says the new minister is facing an entrenched bureaucracy that needed as much convincing as the Conservatives.