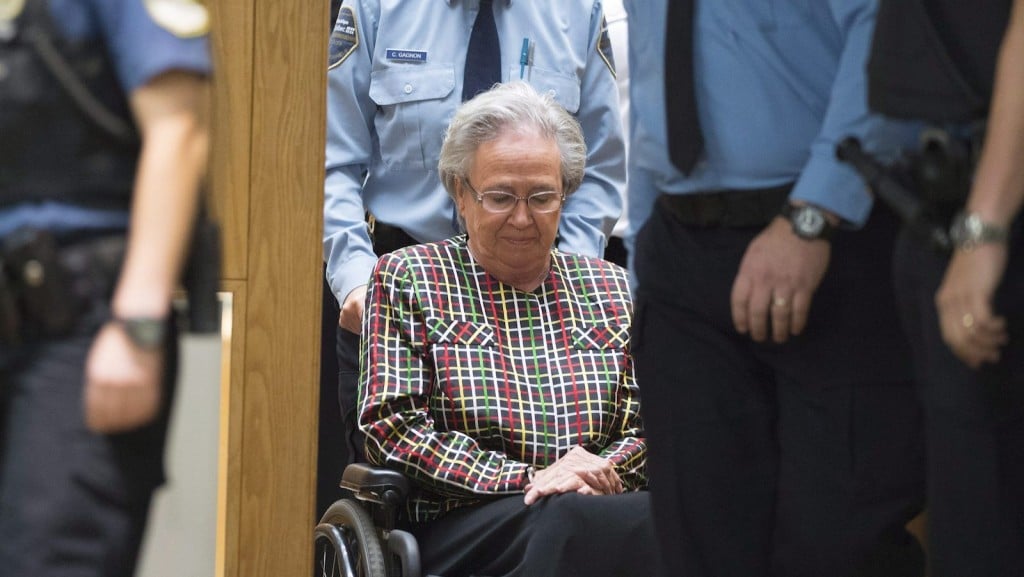 QUEBEC – Former Quebec lieutenant-governor Lise Thibault will remain behind bars until at least next Tuesday.

Her lawyer, Marc Labelle, wanted to seek leave to appeal on Thursday, a day after Thibault was sentenced to 18 months in jail on fraud and breach of trust charges.

Labelle said she should have been released because of her ailing health.

The Crown prosecutor in the case argued he needed more time to prepare his case and a Quebec Court of Appeal justice ruled he had not been convinced of the urgency for Thibault, 76, to be released so quickly.

Instead, Quebec’s top court will hear Labelle on Tuesday as well as his arguments that his client should be freed pending the appeal proceedings.

Thibault was charged two years after a 2007 report by the federal and provincial auditors general revealed she claimed more than $700,000 in improper expenses when she held the vice-regal post between 1997 and 2007.

In sentencing Thibault, Quebec court Judge Carol St-Cyr called her behaviour “highly reprehensible” and part of a “culture of deceit.”

Labelle, who had been seeking a sentence to be served in the community, called St-Cyr’s ruling “severe.”

“Jail is supposed to be the last resort — that’s what the law says,” he said Wednesday. “So we’re saying she should have been given that chance and not be incarcerated.”

She testified at the trial she had little to show financially for her time as vice-regal — that a divorce ate into her savings and that she lived on a $30,000 pension.