Exclusive CityNews poll: 9 per cent of Canadians have donated to refugee relief

Forum Research: 13 per cent of those asked about donating don’t plan to give; 55 per cent do not support refugee settlement at all 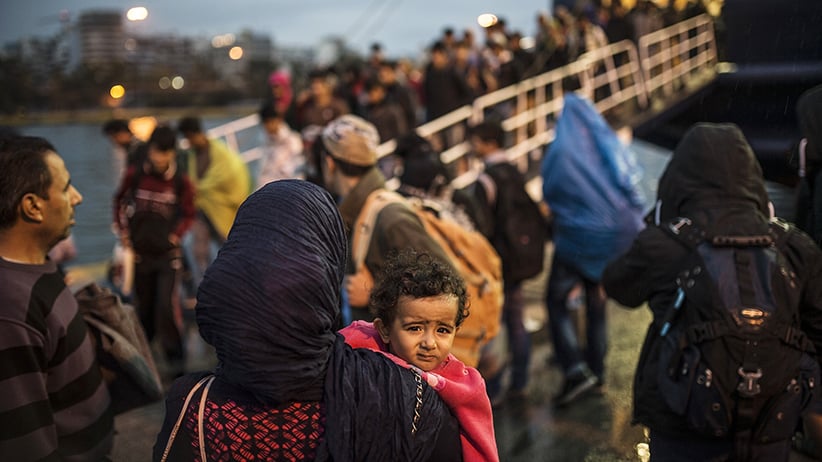 ATHENS, GREECE – SEPTEMBER 24: Refugees are seen at the port after arriving in Athens, Greece on September 24, 2015. Refugees who begin a journey with a hope to have high living standards away from conflicts, continue using Greece’s Lesbos Island as a transit point on their way to Europe. After arriving in Lesbos Island, refugees get a ferryboat to go to Athens. (Ozge Elif Kizil/Anadolu Agency/Getty Images)

Nine per cent of Canadians have donated money or goods to refugee relief and 23 per cent intend to do so in the future, an exclusive poll conducted by Forum Research for CityNews has found.

Thirteen per cent of those asked about donating don’t plan to give and 55 per cent do not support refugee settlement at all.

Five per cent have volunteered their time to refugee relief and 20 per cent plan to.

“These results show that it has become easier to donate money than it has to spend your own time, which is more valuable. Nonetheless, the levels of promised support for the resettlement effort are encouraging,” said Forum Research President, Dr. Lorne Bozinoff.

On Tuesday, Forum revealed that Canadian opinion on the Trudeau government’s plan to resettle 25,000 Syrian refugees over the next few months is nearly split down the middle with 48 per cent were in favour of the plan.

Results are based on the total sample of 1,369 and are considered accurate plus-or-minus three per cent, 19 times out of 20.

According to the Toronto Star, the first mass arrival of 150 Syrian refugees will be coming to Pearson Airport on Thursday. They’ll be arriving in a Royal Canadian Air Force jet, from a flight out of an airfield in Jordan.