Almost 50 per cent of Canadians polled say they support the plan to bring 25,000 refugees to Canada by the end of February 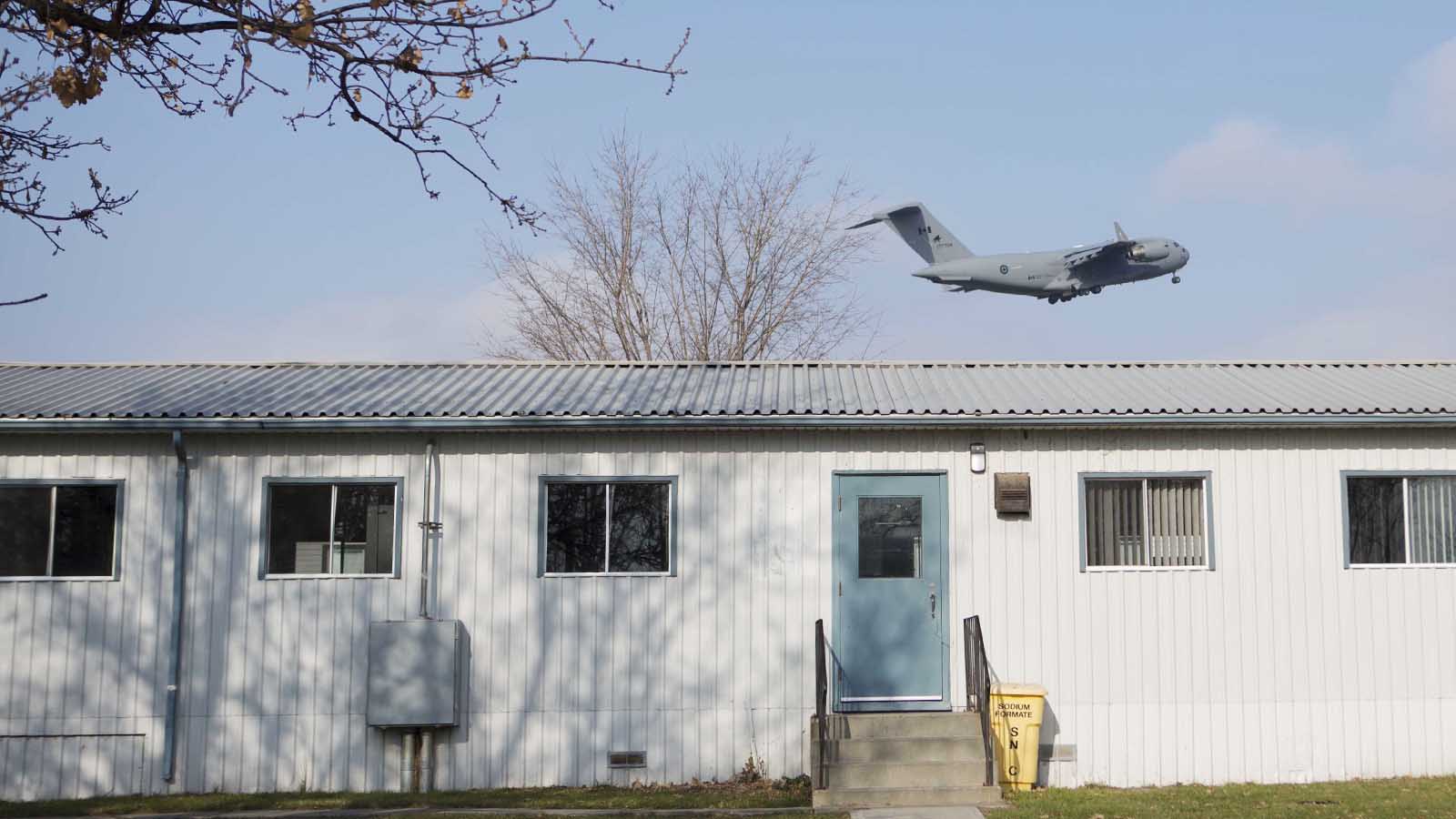 Globemaster III flies over the barracks that will potentially be used for refugees at the Trenton Cadet Training Centre on CFB Trenton. (Photograph by Della Rollins)

Canadian opinion on the Trudeau government’s plan to resettle 25,000 Syrian refugees over the next few months is nearly split down the middle.

In an exclusive poll conducted by Forum Research for CityNews, almost 50 per cent of Canadians polled say they support the government’s plan to bring 25,000 refugees to Canada by the end of February.

The number of those opposing the plan was 44 per cent. Less than one tenth have no opinion.

The numbers are almost the same in Ontario: 47 per cent support the plan, 45 per cent are opposed and two per cent don’t know.

Overall support is highest among the youngest (ages 18 to 34) at 55 per cent, mid-income groups at 57 per cent and in Atlantic Canada at 57 per cent.

Support is lower in the Prairies at 31 per cent, while 35 per cent of Albertans support it.

Results are based on the total sample of 1,369 and are considered accurate plus-or-minus three per cent, 19 times out of 20.

According to the Toronto Star, the first mass arrival of 150 Syrian refugees will be coming to Pearson Airport on Thursday. They’ll be arriving in a Royal Canadian Air Force jet, from a flight out of an airfield in Jordan.