Facebook still has Canadians hooked, even if they're mad about Cambridge Analytica

Canadians take a dim view of the platform, a new poll by Angus Reid Institute suggests, but only one in 10 users is ready to suspend or delete it 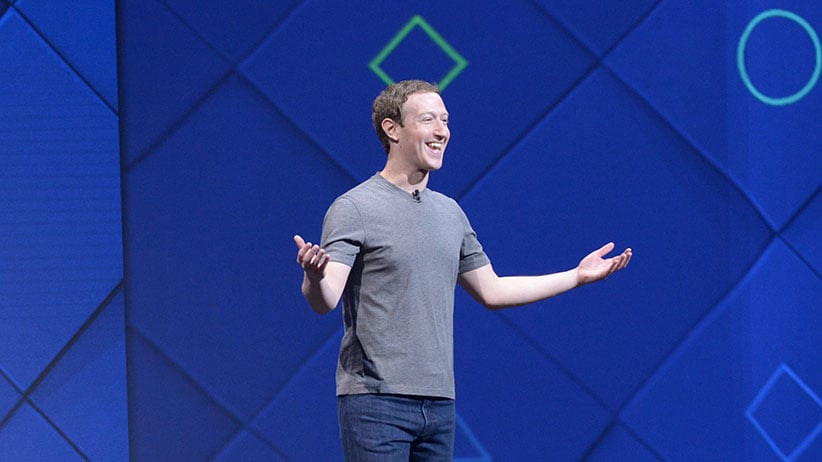 Facebook: we find it ruins the public discourse, pollutes the political climate, is more distasteful than the other tech monoliths and has somehow gotten worse with this Cambridge Analytica data-poaching scandal. The all-consuming social-media platform is so bad, a new poll suggests, that one in 10 Canadian users will suspend or delete or account, while the rest will keep using it and maybe tweak how we do so.

For all the talk of a #DeleteFacebook movement, this appears as more of a #ConsiderEasingOffButDefinitelyCheckPrivacySettingsWellOKMaybeIfIRemember moment. In a new survey by Angus Reid Institute, taken after revelations about Cambridge Analytica’s misuse of data—and Facebook’s initial indifference to the breach—a mere four per cent of Facebook users say they will delete their account, and a further six per cent say they will suspend or take a break from Mark Zuckerberg’s magical realm of likes and shares. Aside from that subset of society, 23 per cent say they will use the app less in the future, 41 per cent say they’ll keep using as is but check and/or change privacy settings. The rest, 27 per cent, say they’re moved to make no changes in their Facebook usage patterns. 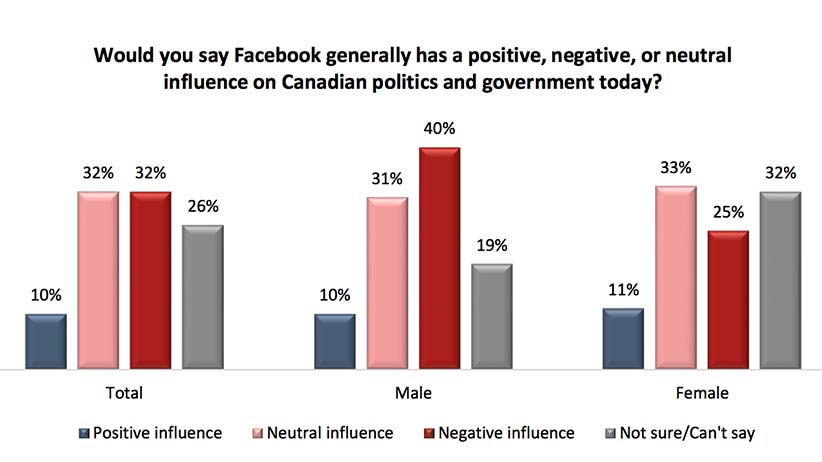 Further survey findings illustrate why this social cord-cutting is unlikely to gather momentum: it’s a tough habit to break, as in barely a decade Facebook has wormed its way so fully into our lives. The poll suggests two in three Canadians use Facebook multiple times a week, and 57 per cent report checking it daily (and hands up, those of you who use it repeatedly throughout the day, and have checked it since beginning to read this article). Canadians are more likely to admit daily usage of Facebook than products by Amazon, Apple, Microsoft or even Google (51 per cent), the Angus Reid survey indicates.

Although it is our biggest dependency, Facebook is the most disliked among those major technology firms. Thirty-three per cent of Canadians have an unfavourable opinion, compared to 41 per cent who find it mostly favourable (the rest were neutral); the other companies had overwhelmingly positive scores. 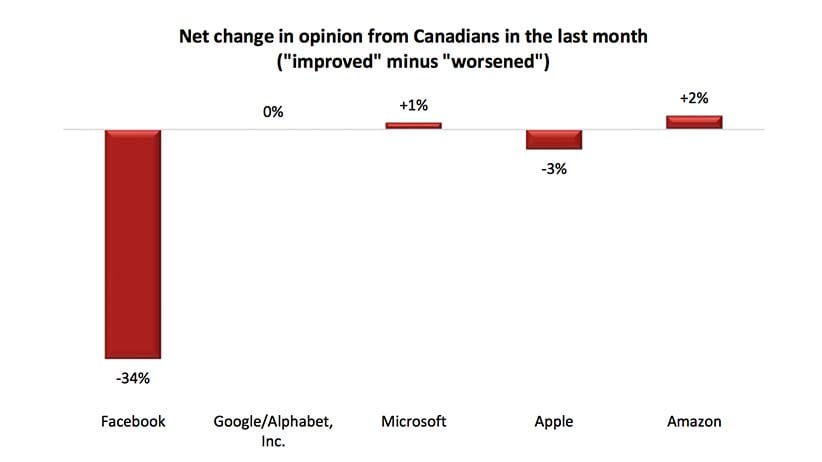 Before Canadian whistleblower Chris Wylie and news outlets exposed the Cambridge/Facebook scandal, Angus Reid had conducted a poll earlier in March, just to gauge Canadians’ thoughts on dominant technology companies. After reports in the Observer, New York Times and Channel 4, the not-for-profit polling agency went back into the field with some of the same questions. Canadian respondents’ level of distaste for Facebook hadn’t hanged all that much—28 per cent already had an unfavourable rating in March. Views worsened in the second poll, but only by five points.

“It’s not as though Cambridge Analytica has somehow hinged or turned or pushed negative opinion off a precipice or had people who are in love with Facebook suddenly thinking differently,” says Shachi Kurl, executive director of Angus Reid. “If anything it has further damaged those favourable ratings. People were already starting to express a skepticism or a fatigue.”

Facebook has become an irresistible draw we know may not be very good for us, Kurl says—that electrical socket we put our finger in despite mom’s warning. It’s the tech firm one-third of us acknowledge has a negative influence on public discourse and Canadian politics (this cuts across partisan lines, the survey suggests), while very few people think this way of Google, that other data-hoovering free service that micro-targets us for advertisers.

Those who intend to suspend or delete Facebook accounts are normally the more marginal users; superusers (daily or multiple times weekly) are less likely to change their usage much. Kurl even questions whether those people are ready to act decisively because of the Cambridge saga will still feel that way a month ago. Facebook might be banking on a tiny sliver of its users actually pulling off or pulling away, though a significant tightening of users’ privacy preferences stands to limit the amount of information app developers or advertisers can glean, lowering Facebook’s profitability.

Canadians, and people in general, have trouble reconciling problematic behaviour with the problems they cause. We know cars contribute to a warming planet, but driving is familiar and convenient. Some struggle with the ethical quandaries of eating meat, but bacon is so tasty. We should stop ceding our privacy to Silicon Valley giants, advertisers and political interest groups, but omg did you see those adorable pictures from Gina’s son’s second birthday party? Granted, this moment does seem to have loosened Facebook’s grip on us, hardened our frustration. More scandals may emerge as we better understand how social media gobbles and digests personal data. Will we act now, wait for the next outrage, or be unable to get our itchy fingers off the like buttons?