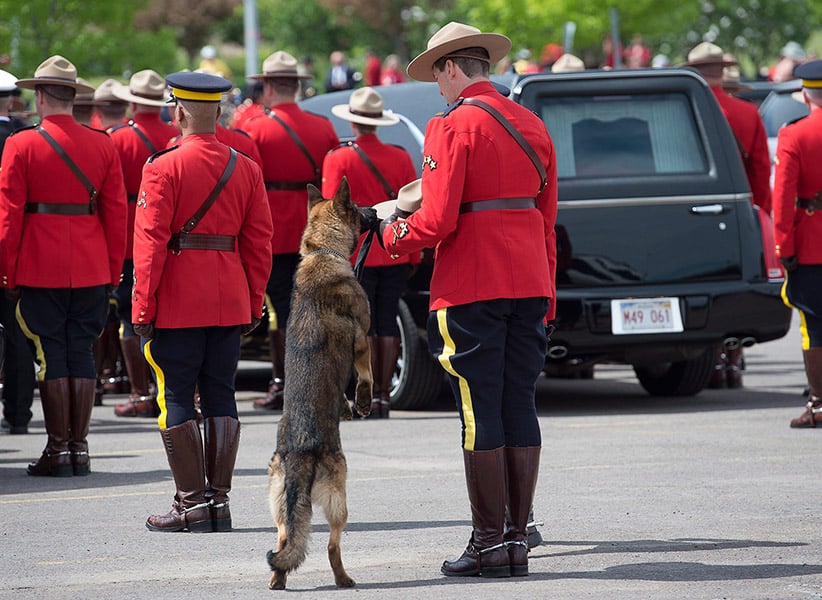 INNISFAIL, Alta. — It’s back to work for a police dog whose partner was one of the Mounties shot and killed in New Brunswick in June.

Danny the German shepherd has been at the RCMP Police Dog Service Training centre in the central Alberta community of Innisfail.

Danny’s handler, Constable David Ross, was one of three officers killed in Moncton on June 4th by a man who has since pleaded guilty.

An RCMP spokesman says Danny has been training and bonding with a new handler and they are expected to return to policing “in the near future.”

The RCMP is not sharing any information about Danny’s new post or partner.

Danny had been a working police dog for less than 10 months when Ross was killed by Justin Bourque while Mounties responded to a call of a man carrying a gun.

Constables Douglas Larche and Fabrice Gevaudan were also killed and two other officers were injured.