Fate of La Loche school in hands of community 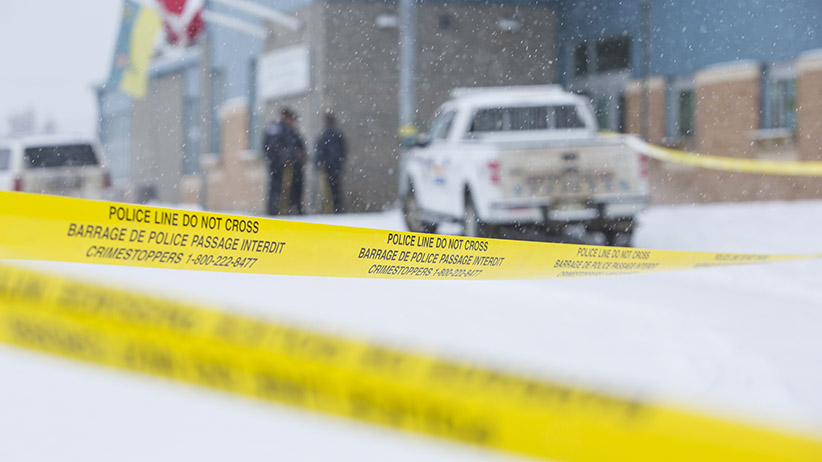 RCMP gather evidence at the scene of the school shooting in La Loche Community School in La Loche. (Chris Bolin for Maclean’s)

The northern Saskatchewan school where nine people were shot Friday could be torn down if that’s what the community of La Loche requests.

Donna Johnson, assistant deputy minister with the Saskatchewan Ministry of Education, said no decisions have been made yet about the fate of the high school.

The acting mayor of La Loche and others have called for the school to be torn down and rebuilt.

“We understand their need and we’re committed to ensure that the school going forward is part of the community’s healing process,” Johnson said from Regina on Monday.

The government will consult with the community about what’s to be done with the school.

“We’ll work with them together to determine what plan will go forward to ensure there is a school facility that meets the community’s needs.”

A 17-year-old boy is expected to appear in court in Meadow Lake, Sask., this afternoon. The teen, who can’t be named under the Youth Criminal Justice Act, is charged with four counts of first-degree murder and seven counts of attempted murder.

A teacher and an aide were shot during an eight-minute period at the La Loche high school on Friday. Seven people were injured.

Two brothers were also shot to death at a home in La Loche prior to the school shooting.

The youth is also charged with unauthorized possession of a firearm.

Both schools in the community are shut indefinitely as the elementary school is being used as crisis response centre. The province said victim support staff are on hand in the community, as well as the hospital where the injured were taken.

The ministry of health would not provide an update on the condition of the shooting victims citing patient privacy.