Father and son among British deaths in sinking of whale watching boat: reports 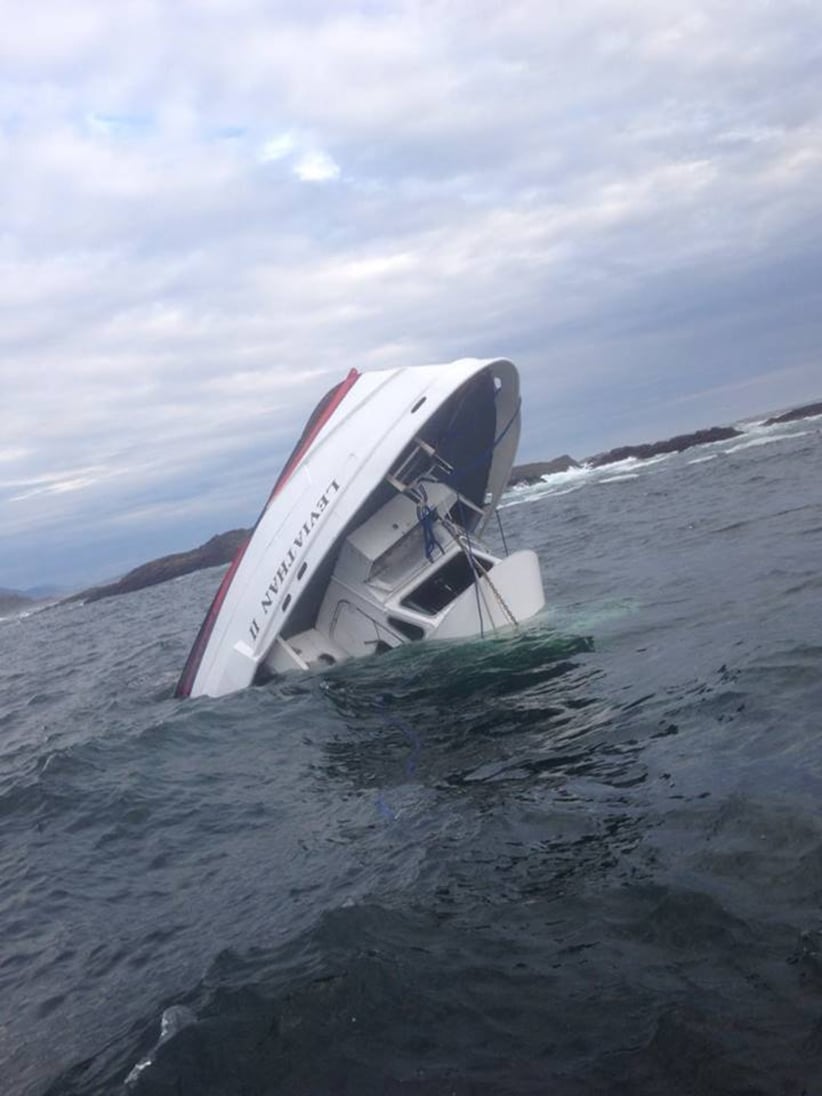 TOFINO, B.C. — British media reports have identified a father and his teenaged son as two of the five Britons who died after a whale-watching boat sank off the west coast of Vancouver Island.

The reports say 50-year-old David Thomas, a managing architect with Microsoft UK, and his son Stephen were killed when the Leviathan II — with 27 people on board — sank on Sunday.

ITV News quotes the managing director of Microsoft UK as saying staff at the firm were saddened and shocked by news of the death of their colleague, who was described as a guru in IT software.

The teen was a keen photographer and in 2014 won top prize in a competition run by the Down’s Syndrome Association with a photograph taken in Alberta’s Banff National Park while on holiday with his family.

Stephen’s 22-year-old brother, Paul Thomas, who was in the U.K. when the accident happened, told a local newspaper that his mother, Julie, was also on the whale-watching boat but survived and was in hospital.

The B.C. Coroners Service said the five people who died in the accident ranged in age from 18 to 76, and that four of them were men. Two of the five British nationals were living in Canada.

Twenty-one people were rescued and one person remained missing.

Australia’s Department of Foreign Affairs and Trade confirmed in a statement that an Australian man was missing following the accident.

Australian Associated Press reported that the 27-year-old Sydney man’s family said he was on the boat with his girlfriend and her family when it sank. His girlfriend’s father was among the five British citizens confirmed dead, the Australian news agency said.

The owner of the whale-watching vessel has said he doesn’t know why the boat would have flipped.