Big money for innovation, but questions about the strategy behind it all

The 2018 federal budget includes new funding for research, commercialization and support for exporters 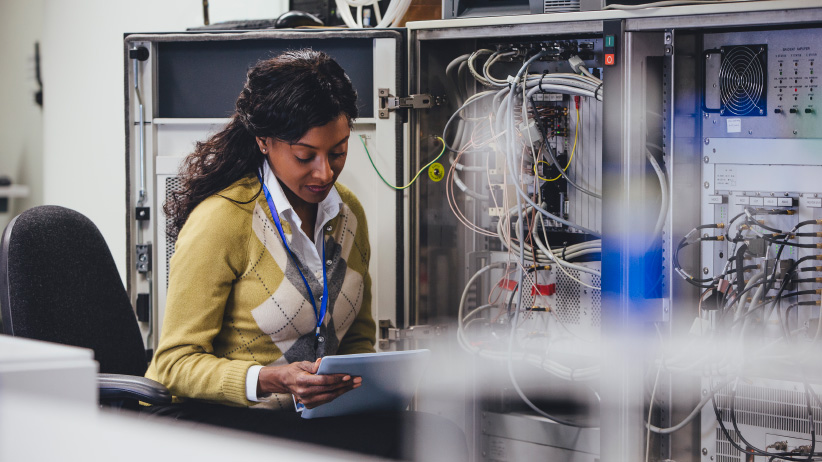 Next only to “middle class,” “innovation” has been the buzzword of this Liberal government. The 2018 budget is no different, setting out a smorgasbord of strategies to help Canadians come up with new ideas, commercialize them, and sell them at home and abroad.

The government is making “the single largest investment in investigator-led fundamental research in Canadian history,” Finance Minister Bill Morneau said in Tuesday’s budget speech. And indeed, researchers are in line for one of the biggest gifts under the budget tree, with $1.82 billion in new money flowing through various measures across the three federal granting organizations that fund those developing new ideas at universities and hospitals.

The Social Sciences and Humanities Research Council (SSHRC)—sometimes a target of small-government activists when it funds unusual-sounding research—will receive a larger portion than usual of that money compared to the councils that pay for applied science and health. Morneau referenced favourably the Fundamental Science Review, an exercise headed by former University of Toronto David Naylor that evaluated the government’s research programs and approach, but the final budget did not go quite as far as the report recommended in expanding funding.

Along with money for researchers, the budget allocates significant new money for infrastructure and systems. The largest single new line item, $2.8 billion for new federal research centres, didn’t even merit a mention in Morneau’s speech. The plan is to bring together government scientists from across departments and fields to look into climate change, ocean protection and health, among other topics. But the exact details of how that will unfold has yet to be determined, so the money is back-loaded, with the vast majority to be spent in the last two of the five-year schedule. There’s also $1.3 billion for equipment and technology for university-based researchers.

One popular definition of innovation is the turning of ideas into products, but Canadians have historically failed to reliably capitalize on their inventions. Commercialization both inside and outside universities and colleges receives some focus in the budget. An existing program that provides funding for private-sector research is being expanded and funded to the tune of $700 million, and an existing pool of money for collaborations between academia and business being retargeted at larger projects.

RELATED: Canada is lagging on innovation—and the Liberals aren’t helping

Elsewhere the budget outlines a set of new proposals on intellectual property, including piloting a “patent collective” to hold ideas collectively for the benefit of multiple participating firms.

And the government is also streamlining its support services in an effort to better help Canadian firms that want to go global. The budget sets out to consolidate several export promotion programs into its existing trade commissioners service, with a specific focus on “technology, digital services and intellectual property.”

The Liberal government has been receptive to the concerns of innovative companies on a number of issues, says Michael Litt, CEO of Kitchener-based video platform Vidyard, and a member of Innovation Canada’s digital economic strategy table.

Programs designed to let innovative companies sell into government are in place, but issues of process and execution remain. “There’s misalignment in how fast we build technology and how slowly the government is designed to procure [it],” Litt said, speaking before the budget. In the time that it takes for a department to requisition the necessary funds and prepare itself to make a purchase, the typical startup’s product or service should already have hit the market and built a customer base.

Procurement itself is one area getting a digital overhaul, with $197 million over five years, front-loaded, to replace what the budget calls a “heavily paper-based” system that has “limited self-serve options” with an online platform. It’s a part of a broader focus on the government’s technology stack.

Shared Services Canada, which manages email, websites, servers and other systems and infrastructure for other departments, is one of the biggest recipients of new money in the budget. The agency gets $2.2 billion over the next six fiscal years to “improve” those services, and an additional $110 million to accelerate the shift to new data centres. A number of large-scale IT projects undertaken by the federal government in recent years have turned into boondoggles, including the migration of department websites and emails to the canada.ca domain.

In the lead-up to the budget, some tech leaders had been calling for a framework for all the information being generated by Canada’s increasingly digitized economy and society. Data is “an enormous resource, like oil … and we need to start thinking about it that way,” said Huda Idrees, CEO of Toronto medical records management platform Dot Health, speaking generally before the budget. One recent flashpoint has been Alphabet’s Sidewalk Labs plan for a technology-enabled neighbourhood in Toronto in partnership with a city agency, with some asking how the company plans to use all the data that will result, and who will own it.

A new rights and jurisdiction framework is not contemplated in the budget. Big data is addressed in the context of science, not business. Minister of Science Kirsty Duncan is tasked with developing a strategy to provide access to computing power and information to researchers to replace the patchwork system of independent but government-supported organizations currently in existence. The five-year budget: $572 million.

Data-rich government departments and corporations have been regularly targeted and breached by hackers in recent years. The credit rating agency Equifax is the most high-profile recent example. This year’s budget establishes a new cybersecurity strategy, and a new centre within the Communications Security Establishment.

Cybersecurity has been a particular strength for the Canadian technology ecosystem, with a number of start-ups in Ontario and the Atlantic provinces focused on the field. The government should explore “strategic joint research and development opportunities,” wrote Benjamin Bergen, executive director of the Council of Canadian Innovators lobby group before the budget.

But Morneau’s 2018 fiscal plan treats businesses as recipients of guidance from this new setup, rather than providers of technology and services. His third budget filled key details of the federal innovation agenda, but left plenty of room for debate about whether the government has coherent strategy knitting it all together.